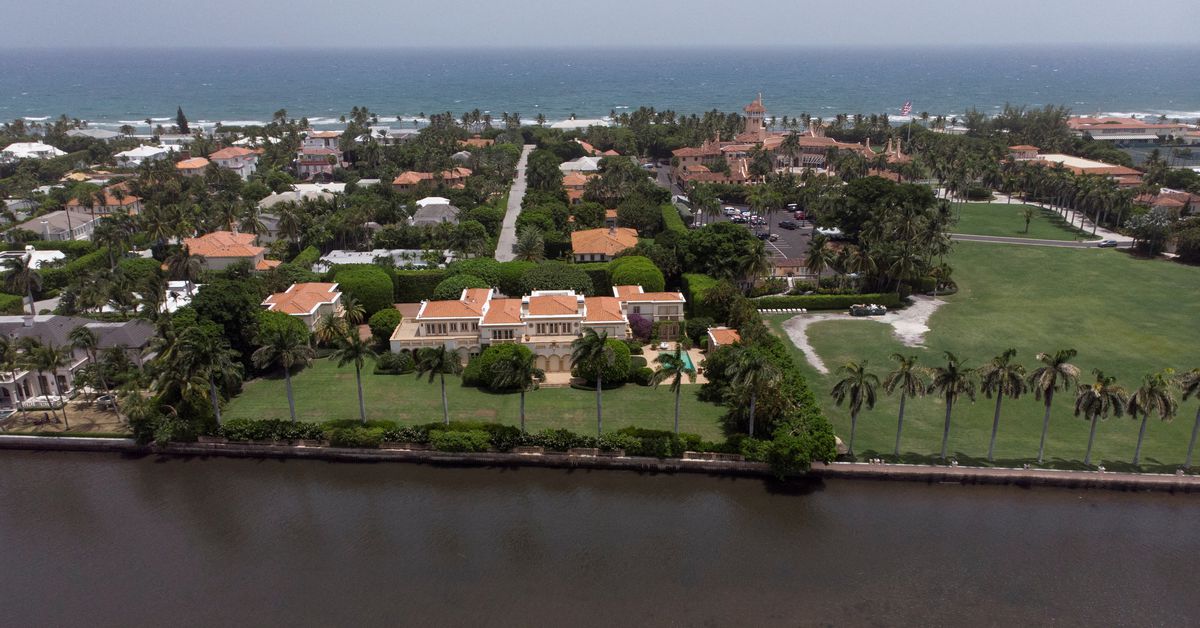 Trump is under federal investigation for possible violations of the Espionage Act, which makes it illegal to spy for another country or mishandle US defense information, including sharing it with persons not authorized to receive them, according to a search warrant. Read more

As president, Trump has sometimes shared information, no matter how sensitive. Early in his presidency, he spontaneously gave highly classified information to the Russian foreign minister about a planned Islamic State operation while in the Oval Office, US officials said at the time.

But it was at Mar-a-Lago, where well-heeled members and guests attended weddings and fundraising dinners and frolicked on a breezy ocean patio, that US intelligence seemed particularly at risk. .

The Secret Service said that when Trump was president, they did not determine who had access to the club, but carried out physical checks to ensure no one brought in prohibited items, and additional screening for guests near the club. president and other proteges.

“Obviously they thought it was very serious about getting these materials back to a safe space,” McCord said. “Even the mere keeping of highly classified documents in inappropriate storage – especially considering Mar-a-Lago, foreign visitors and others who may have ties to foreign governments and foreign agents – creates a significant threat to national security.”

Trump, in a statement on his social media platform, said the records were “all declassified” and placed in “secure storage.”

McCord said, however, that she saw no “plausible argument that he made a conscious decision about every one of them to declassify them before he left.” After leaving office, she said, he had no authority to declassify information.

The seizure by FBI agents on Monday of several sets of documents and dozens of boxes, including US defense information and a reference to the “French president”, poses a chilling scenario for intelligence professionals.

“It’s a nightmarish environment for the careful handling of highly classified information,” said a former US intelligence officer. “It’s just a nightmare.”

The DOJ did not provide specific information on how or where the documents and photos were stored, but the club’s general vulnerabilities were well documented.

In a high-profile example, Trump huddled in 2017 with then-Japanese Prime Minister Shinzo Abe at an outdoor dinner table as guests hovered nearby, listening and snapping photos as they then posted on Twitter.

The dinner was disrupted by a North Korean missile test, and guests listened as Trump and Abe figure out what to say in response. After releasing a statement, Trump moved on to a wedding party at the club.

“What we saw was that Trump was so lax on security that he had a sensitive meeting on a potential wartime topic where non-US government personnel could observe and photograph,” said Mark Zaid, a lawyer specializing in national security cases. “It would have been easy for someone to also have a device that also heard and recorded what Trump was saying.”

White House press secretary at the time of Abe’s visit, Sean Spicer, told reporters afterward that Trump was briefed on the North Korean launch in a secure room at Mar-a-Lago. He minimized the scene on the patio.

“At that point, apparently, a photo was taken, where everyone jumped to damaging conclusions about what might or might not be discussed. There was just a discussion about press logistics, where to organize the event,” he said.

It was in the Mar-a-Lago safe room that Trump decided to launch airstrikes against Syria for the use of chemical weapons in April 2017.

With the decision made, Trump went to dinner with visiting Chinese President Xi Jinping. Over chocolate cake, Trump briefed Xi on the airstrikes.

In 2019, a Chinese woman who passed club security checks with a USB key encoded with “malicious” software was arrested for entering a restricted-access property and making false statements to authorities, authorities said at the time.

Then-White House chief of staff John Kelly launched an effort to try to limit who had access to Trump at Mar-a-Lago, but the effort fell through when Trump refused to cooperate, they said. declared aids at the time.

(The story adds the word “summer” in paragraph 16.)