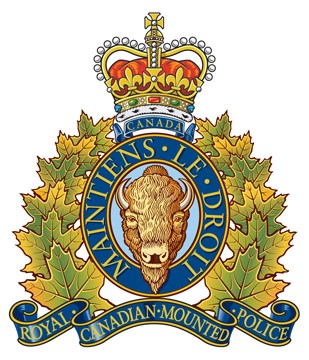 The last person missing from a boat that capsized Sunday near the Spray Lakes campground was found dead Tuesday afternoon, police said.

BOW VALLEY, Alta — Four people died in separate outdoor incidents on July 9 and 10 in the Canmore and Banff area.

Three people died in a tragic boating accident in the Spray Lakes campground area on July 10 and a man fell more than 1,000 meters when he lost his footing while climbing Mount Temple on July 9 .

A boat with four people capsized on Sunday afternoon July 10, one person was confirmed dead and another was able to save themselves, while emergency services searched for two missing boaters for 48 hours. Police said they were alerted around 2 p.m. to the capsizing of a boat.

Rescuers found the body of one of the missing men on Monday afternoon (July 11) around 3 p.m. and on the second Tuesday (July 12) around 4 p.m., police said.

Canmore RCMP, Kananaskis Emergency Services, a dead dog and Alberta Conservation Officers were at the scene. STARS Air Ambulance also responded to the call but was withdrawn after arriving at the scene.

“The Alberta RCMP sends its deepest condolences to all those affected by this tragedy,” police said in a news release.

“Respecting the families’ privacy during this difficult time, no further information will be provided.”

Parks Canada said the man was with a group of three scramblers and was climbing the summit ridge when a ledge fell and he lost his footing and slipped on a patch of snow and ice in the scrambling ground.

He was found dead approximately 1,000 meters (3,300 feet) from the site of the fall with the intervention of the Parks Canada helicopter and visitor safety specialists James Eastham, spokesman for Lake Management Units Louise, Yoho and Kootenay.

“Parks Canada wishes to offer its deepest condolences to the family and friends of this individual,” he said.

“Visitor safety is a top priority for Parks Canada. This incident underscores the risk this year’s persistent snowfall can pose. Large cornices remain on many alpine ridges and they may have a tendency to collapse during the hottest parts of the day. In addition to the dangers posed by ledges, visitors traveling to the Alps should expect to encounter snow and winter hazards above 2,100 meters.

Eastham said anyone seeking technical information for advanced alpine objectives can call Banff dispatch at 403-762-1470 and speak to a visitor safety specialist.

const. Lauren Mowbray, media relations officer with the Alberta RCMP, said the man’s identity and age would not be released per the family’s wishes.

“They were experienced hikers and there was snow and ice there. A piece [of ice] fell and lost his footing.

The Edmonton newspaper reported that the man was 42-year-old Matt Miller of Edmonton, who worked as a master dealer for Lexus of Edmonton.

“It is with incredibly heavy hearts that we announce the passing of our Senior Dealer and good friend, Matt Miller,” Lexus of Edmonton posted on its Facebook and Instagram accounts.

Mount Temple is recommended as a summer climb, according to the Parks Canada website, with route conditions best suited after the summit’s winter snow melts, usually in mid-July.

Eastham said when people go into the backcountry of Banff, Yoho and Kootenay national parks, they should pack extra layers of clothing, have bear spray and bring a flashlight. It is also recommended to have a travel plan, travel with a group, select a trip that suits the skill level of those involved, and check the weather forecast.

“Our team of mountain safety professionals are out in the field every day collecting information to update avalanche assessment and forecasts,” Eastham said. “The team trains regularly and is available to respond quickly to any incident in the backcountry. If you need our help, call 911 or the Banff National Park Dispatch Emergency Line at 403-762-4506.

Lyle Aspinall, digital communications specialist at STARS, said a man in his 60s was involved in the crash in the area of ​​Highway 93 and Marble Canyon Campground.

He was transported to Foothills Medical Center in Calgary in a non-life threatening condition.