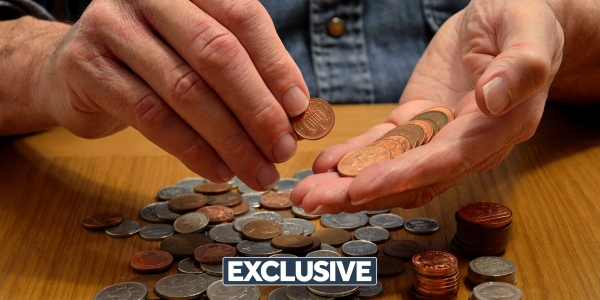 School leaders and industry experts have slammed as ‘worrying’ and a ‘fantastic saving’ a government suggestion that schools could use reserves ‘earmarked for other purposes’ to meet financial challenges this fall.

In response to a Your Asked about school financial aid applications, the Education and Skills Funding Agency (ESFA) said many trusts were ‘well placed’ to respond to the current financial ‘challenges’, and that this can mean “using reserves, which we know the trusts worked hard to set up and may well have been earmarked for other purposes”.

But industry experts have disputed the suggestion that schools can use the reserves to pay for day-to-day running costs, saying it would be an “unsustainable” strategy.

The full letter, sent to Your in response to a Freedom of Information request, also said the financial health of the academy sector is, “generally, solid and across the sector.”

As well as saying that some trusts could manage challenges using reserves, he added that the DfE’s school resource management offer would help all schools, and that in the event of “significant financial difficulties”, the department was open to having “a supportive conversation to explore the challenges trusts face.”

The academies’ financial handbook says boards should establish a policy for holding reserves and explain it in their annual report, but principals said using these reserves to cover recurring pressures on the costs is not “reasonable”, because they can only be spent once.

Schools are facing what leaders have described as a “perfect storm” of financial troubles this fall, with rising energy bills, staffing costs and other inflationary pressures hitting budgets at the same time.

Rising energy prices have been partly offset by a government support package – although this is only guaranteed until the end of March.

Schools should also fund a 5% salary increase for teachers from Septemberwhich the DfE announced after the budgets were set earlier this year. Support staff have also been offered a raise.

This has resulted in many schools running deficits or making drastic budget cuts to make ends meet.

Use of “unsustainable” reserves

Luke Sibieta, a researcher at the Institute for Fiscal Studies, said using the reserves to address the financial challenges at stake would be “particularly” unsustainable, given that school funding is only expected to increase by 2-3% l ‘next year.

He added that while the recent announcement of energy support would provide schools with ‘temporary respite’ from rising costs, ‘it will be a worrying sign if schools have to use reserves to cover day-to-day running costs. “.

Leora Cruddas, chief executive of the Confederation of School Trusts, said that while recent energy support plans were “welcome in the short term”, it was “not sensible fiscal policy to assume that reserves are the solution to huge cost pressures faced by schools and trusts”.

“The reserves can only be spent once and are not part of a medium or long-term solution. The state must fund public education responsibly and sustainably. And we need to build the financial resilience of the system,” she added.

Geoff Barton, general secretary of the Association of School and College Leaders, said he was “gratified” that the ESFA letter acknowledged the pressures schools were facing but that in the absence of additional financial support , it was likely that many schools would need to use the reserves they have “as a stopgap measure while they restructure their finances for the following year, with potential cuts to teachers and support staff”.

Trust executives also responded negatively to the suggestion that reserves could be used to offset financial pressures and that the sector’s financial health was “solid”.

Rachael Warwick, an executive teacher at Ridgeway Education Trust in Oxfordshire, said her school’s reserves were usually used to pay for urgent work, and that the word ‘reserves’ itself was misleading as it ‘suggests extra money that is kept on one side for use on a rare occasion”.

She said her trust had previously used the money to replace a boiler at imminent risk of failure, to resurface a pedestrian route through a school that had become a health and safety risk, and to erecting a canopy to provide outdoor shelter from the rain, and that without having set aside any reserves, she would not have had the money to complete this work, as applications to the government’s Betterment Fund had not succeeded.

She added that an online conversation she had with an ESFA social worker had been “neither supportive nor practical” and “frankly, disappointing” (they suggested a visit from a school management resource advisor, but the trust already had one).

Another leader, who asked to remain anonymous, said asking schools to use reserves was “just kicking the box”.

They also said that the idea that schools could use reserves to fund additional costs was “economic fantasy”, and that it was “extremely unwise to use reserves to mitigate recurring costs, because you don’t can, after all, spend the same reserves only once”.

The trust and school leaders have also suggested that expecting schools to use their reserves to fund ongoing costs could have negative long-term implications.

Anne Slade, chief operating officer at Pioneer Academy, a 14-school trust in the south of England, said the trust had “carefully” built up reserves over several years and intended to invest the money in “environmental projects”, and to “pursue capital construction projects”.

But she said a rise in the cost of £550,000 for staff pay rises, alongside other increases including energy bills, could mean reserves have been “wiped out”.