Cynthia M. Goodell
Outdoor challenges
Comments Off on Skyfactor maintains its musical mojo despite the challenges of the pandemic

Skyfactor maintains its musical mojo despite the challenges of the pandemic 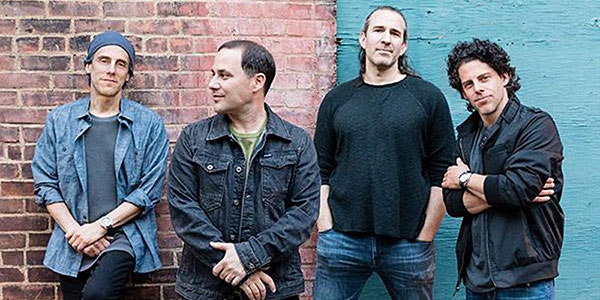 Members of the local band Skyfactor have been waiting for this Saturday night for over two years.

That’s when they’ll return to what can be considered their Westchester home base, Lucy’s in Pleasantville, for their first show at the now-renovated club since December 7, 2019.

It’s not like the band has been inactive since the pandemic began in March 2020, despite the many challenges artists have faced since live ratings were halted until fairly recently.

But Skyfactor’s loyal following was made for a traditional rock club, its lead guitarist Jon Rubin said. Playing places like Lucy’s and The Bitter End in the city is why the band was built and perhaps where it has the most appeal.

“The intimacy of a rock club, that’s the last bastion to come back,” Rubin said. “When can you cram a hundred people into a room and no one gets sick? I think the majority of our fans, we reached out to people, hey, what if we postpone it to March instead of April or May? Is it too early or are you dying to see live music?

The show was on when a friend of Rubin’s, who has been extra cautious about his exposure to COVID-19, told Rubin he’d be there — wearing an N-95 mask with a hole cut out to sip his beer.

On Saturday, Skyfactor will perform songs from its latest album, 2019’s “A Thousand Sounds,” as well as older selections from its catalog that has made it a favorite of rock clubs in Westchester and Manhattan for more than a decade.

“We’ve always been a live band, it’s where we thrive, we feed off the energy of the crowd, and it’s tangible when you can feel it and pick it up,” said vocalist Bob Ziegler. “That’s what we’re really excited to get back to at this point.”

Rubin said that since the start of the pandemic, Skyfactor has managed to perform four concerts in the garden in 2020 at the Hastings-on-Hudson home of his brother, Cliff, the band’s bassist. Three of those engagements were for various charitable causes, including a virtual benefit for Tarrytown Music Hall. The members of the group donated their fees for the evening at the music hall.

Another performance was for the charity Code Red, an organization started by Rubin’s niece, Charlotte, and a friend of hers to help raise money for feminine hygiene products for homeless women. Another virtual concert was their scheduled appearance for what was supposed to be Ossining’s summer concert series at Louis Engel Waterfront Park in 2020.

In each case, Skyfactor had about 20 people in attendance, socially distanced and wearing masks, of course. Although virtual performances had their downsides, they were able to expand their exposure.

Skyfactor was also able to perform outdoor concerts in Connecticut, which had eased some of its restrictions on outdoor crowds faster than in New York.

But there has been new music released by the band. The pandemic-inspired “Streets of New York” honors healthcare heroes and first responders who put their lives on the line in 2020 to help others.

More recently, Skyfactor was approached by filmmaker David Seth Cohen to write and perform the song for Cohen’s upcoming documentary “Finding Sandler.” The film chronicles Cohen’s search to reconnect with comedic actor Adam Sandler after she refused to date him at the age of 22 while working as a production assistant on the set of a film.

The song, “Hey Adam,” is featured in the film, which will screen March 26 at the Garden State Film Festival in Asbury Park, NJ. The song was recorded at a studio in Woodstock, a location where they plan to record again. , Rubin said.

Local cover band Your Welcome will open for Skyfactor this Saturday night in what is now called The Garage at Lucy’s at 8:15 p.m. Skyfactor is expected to begin its performance around 9:30 p.m. Doors open at 8 p.m.

Rubin said he and his bandmates were excited to return to one of their favorite places.

“I think the first thing people would expect would be a lot of pent up energy from the band and the crowd in a healthy way,” he said.

Tickets are $12 in advance through Eventbrite at https://www.eventbrite.com/e/skyfactor-with-special-guests-your-welcome-tickets-276088717787 and $15 at the door. The garage at Lucy’s is located at 446 Bedford Rd. in Pleasantville.