Cynthia M. Goodell
Outdoor challenges
Comments Off on Responding to the challenges that arise with Angelman syndrome

Responding to the challenges that arise with Angelman syndrome 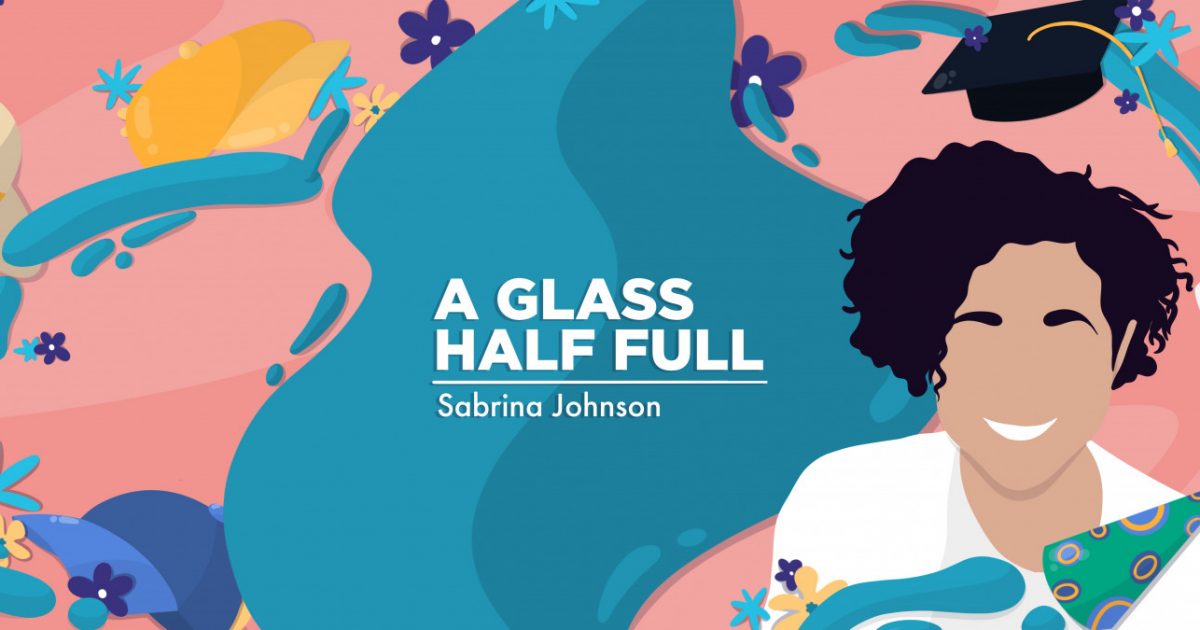 I’m a big believer in sharing victories and not just challenges. Unfortunately, challenges, conflicts or a shocking headline attract attention. In all transparency, there is no shocking story here. However, there is a simple story about making the most of things when a curve ball comes our way. In raising our 12 year old Angel, Juliana, my husband and I are certainly getting our fair share.

As many families did last week, we took time to celebrate Easter Sunday. As usual, we had planned a simple celebration. This would include church, an Easter egg hunt, and a family dinner. I was happy that the church service was outside, which meant that Juliana could attend.

Although she got her COVID-19 shot in January, we are still limiting Juliana’s interactions with lots of people and crowds indoors. Like many angels, Juliana needs support and help with eating, going to the bathroom and other daily needs. Outside of school, I’m just not ready for others to help her right now. Yes, maybe I’m being too careful, but that’s what I think is best.

So for now, Juliana will only attend big events when they are outside. Luckily for us, the weather held out and we were able to attend our church’s outdoor service and celebration. I had a great plan for us to get out of the house early so we had plenty of time to park and find a place to sit at the park.

Of course, things didn’t go as planned. Something unusual is going on with Juliana’s digestive system, and she has a lot of diarrhea.

I think you can see where I’m coming from, so I’ll spare the details. Let’s just say that Easter morning started with an unplanned bath for Juliana. It was becoming a stressful situation and I didn’t want to go there. With a few quick shifts, I decided to divide and conquer. I sent my husband and 10 year old daughter, Jessa, to church as planned. Juliana and I stayed behind so I could finish prepping it.

For some, staying home after a bout of incontinence would be the right choice. However, I insisted. First of all, I didn’t want to miss the opportunity for a field service. Second, Jessa was excited about the church Easter egg hunt. Since I’m super intentional about giving her attention, I didn’t want her to miss the activity.

In a rather rushed but calm state of mind, I focused on getting us out. The event would be a family service, which meant that Juliana would sit with us for at least an hour. Since angels can be hyperactive with a short attention span, I wanted to have plenty of them to keep him occupied. And since Juliana uses her iPad more to communicate, I didn’t want to forget her. Because Juliana is considered non-verbal, she uses augmentative and alternative communication device as a speaker. I forgot it on other outings and I didn’t want to make that mistake again.

When Juliana and I finally got out of the house, I had to make a decision about parking. Our church offered shuttle services, but I knew Juliana would have to tackle the stairs inside the van. Lately Juliana has been having more trouble climbing stairs, so I didn’t want to risk a fit. I canceled the shuttle and chose to run it. It was risky, but it paid off. Juliana was okay with the 10 minute walk and did it quite happily. Many families passed us as we moved slowly. It seemed like the longest walk ever. Fortunately, we arrived at the service a few minutes early before the start of the reception.

At one point, as the music was playing, I glanced at Juliana in all her bliss. She was beaming with excitement and rocking to the music that was playing. There’s a lot of applause in our church, and she did her part too. I couldn’t help but smile and felt relief and happiness for the moment. It was about as perfect as I could have hoped for. Juliana poses with her dad at the Easter Service photo booth. (Photo by Sabrina L. Johnson)

Our Easter was eventful and uneventful at the same time. Sometimes when the going gets tough, it can be so easy to throw in the towel. For a split second that morning, I thought about it. But sometimes a little extra effort and determination can make all the difference. It was tricky, but we managed a great day despite the difficult start.

To note: Angelman Syndrome News is strictly a disease news and information site. It does not provide medical advice, diagnosis or treatment. This content is not intended to replace professional medical advice, diagnosis or treatment. Always seek the advice of your physician or other qualified health care provider with any questions you may have regarding a medical condition. Never disregard professional medical advice or delay seeking it because of anything you read on this website. The opinions expressed in this column are not those of Angelman Syndrome News or its parent company, BioNews, and are intended to spark discussion about issues relating to Angelman Syndrome.