The Shawnee General Store has stood the test of time, even a global pandemic.

After temporarily closing due to COVID-19, the Shawnee Delaware general store is planning a grand reopening in October, with a few changes, such as a cool outdoor area and an area for wine tasting.

“I’ve been through a lot of ups and downs over the years, and I know when it’s time to fix a problem,” said owner Theresa Rooth. “When we were all closed due to COVID, I realized my problem-solving priority was taking care of my youngest of three daughters, Charlotte, (who) was in second grade at the time.”

Rooth felt lucky to have the opportunity to close the store she had owned since 1999, located at 542 River Road, to focus on caring for her youngest, who was home for cyber- school during the pandemic.

She said that taking the break was not easy, she enjoyed the quiet time, “to step back, do some gardening and enjoy the time with her children” – that is, until which the phone starts ringing without people asking her when she’s reopening or if she was interested in selling the store.

“I considered selling… but in the end, I just wasn’t ready to give it up,” Rooth said. I realized that I missed the store and that I missed working. The store is part of me and part of history.

“I spent all my summers growing up here in my family’s house that my great-grandparents built in 1913,” Rooth recalls. “So I have a very strong bond and memories of Shawnee. I moved to the area as a teenager while attending Blair Academy.

Rooth left to attend Boston University and returned to Shawnee again after college to work for Aventis in Swiftwater (now Sanofi Pasteur) as a clinical research assistant.

“I had this job in a company, but I think I always imagined that I would have my own business; I think it was in the back of my head, but I never said it out loud, but I was always looking somehow, “Rooth said. “I liked the idea of ​​having a business where I could have a family”

Rooth was driving home one day when she saw the sign for sale at Shawnee’s general store and “fell in love” with the idea of ​​owning it.

Rooth jumped in with both feet and bought the store she already loved.

She laughed as she described her job in the store during her first pregnancy and customers asking when the baby was due, and one day she replied “I’m due today” as she made their sandwiches.

“I worked very, very hard for a long time to build the vision for this store because I cared so much about it – it was more than just a business. Rooth said. “When people came in, I treated them like they were my friends. The people who worked for me were too, they mean a lot to me.

The story continues after the gallery.

The Shawnee General Store has been operated as a general store since 1859, opened under John Depuy Labar and his son-in-law, George Heller. It has since undergone little change over the years under different owners.

“When I was a kid there was a post office here, then in the 80s they added the coffee shop,” Rooth said.

“As for the store, I always sell local honey, maple syrup, apple butters and all kinds of souvenirs,” Rooth said. “I’ve always been known for having great quality T-shirts, baseball caps and other clothing. Even locals come to pick up our shirts and essentials, like a loaf of bread or a gallon of milk. So here are some of the things I need to keep on the shelves for the general store vibe.

Detrick’s plans were to use the space for a satellite wine tasting store.

Detrick and his wife Amanda are the owners of Renegade Winery on Main Street in Stroudsburg. The new satellite wine tasting store is now located in the main part of the store.

Shawnee General Store and Renegade Winery are planning a grand opening for Columbus Day weekend, October 9-10, with live music from noon to 3 p.m., fall-themed sangria in the section vineyards, free pumpkins and other outdoor activities.

“Not only is Britt good at making wine, he’s also very good at building just about anything,” Rooth said. “We are working to put the store back to where it was before and give it new energy. (The Detricks have) proven that they care about the history of the region.

Renegade Winery celebrates its fifth anniversary in November, and the Detricks were excited to be able to lease space at Shawnee’s general store and expand, noting that the business was going “very well.”

“We’re an urban vineyard concept, so we don’t have a vineyard,” Amanda said. “We bring all of our fruit from California and Washington, and we make wine very well, but we don’t grow it.”

Rooth wants to keep the general store vibe and keep its original character, citing how important it is to the community.

“It’s important to many of my clients and the people who vacation here every year. ” She said. At the same time, she wants to offer something fun, such as an experience such as wine tastings.

The cafe-deli, known for its breakfast and lunch sandwiches, will soon have a seasonal Sunday brunch menu, complemented by Renegade drink pairings, like a Bloody Mary with the cellar’s famous jalapeño wine. The general store also serves Shawnee Craft Brewery beers from the neighboring Shawnee Inn.

The new brunch menu is presented at 11 a.m. on Sunday, October 10 for the opening weekend. Pumpkin pancakes and cranberry wine spritzers will be served until 3 p.m.

In addition to the expanded seating in the 900 square foot store, which can accommodate up to 25 people, there is now a whole new outdoor dining experience.

Over 20 Adirondack chairs and picnic tables have been set up outside on a grassy area by the creek behind the store. There are fire pits with even more seating, including the porch. A bonfire will be lit for customers to enjoy on Saturday, October 9 and will remain lit until 9 p.m.

“We are fortunate to be in such a beautiful place where people come for breakfast or lunch,” Rooth said. “People can bring their pets and blankets to sit on the grass and enjoy the scenery while having a drink or a bite to eat. “

Detrick noted that the COVID pandemic has inspired a new love among people for the outdoors, and that the outdoor space of the general store is “a great addition for visitors.”

“We love being here and the energy of Shawnee,” he said. “Stroudsburg and Main Street are such a different thing than this – it’s slower, nicer, and we really missed that aspect.” 10 Inexpensive Outdoor Activities To Do In The U.S. This Spring 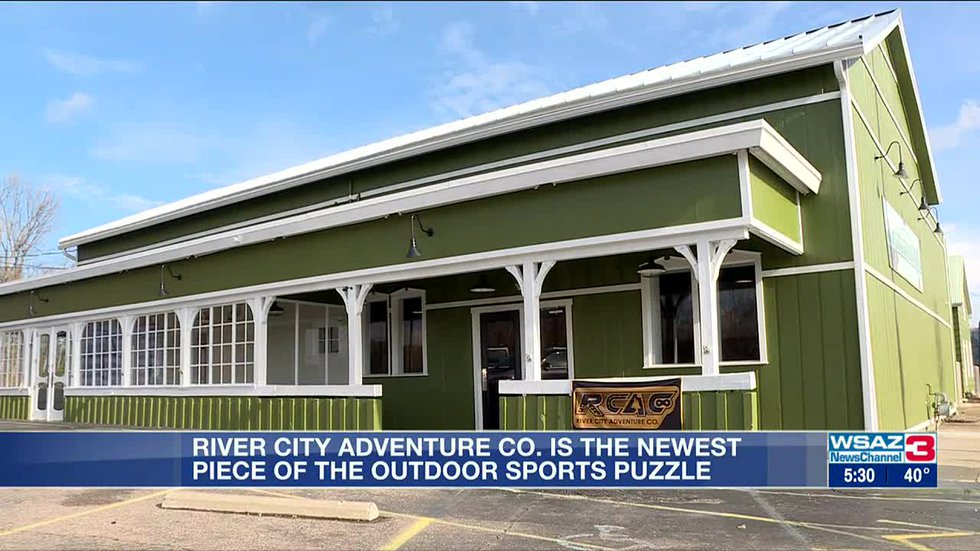