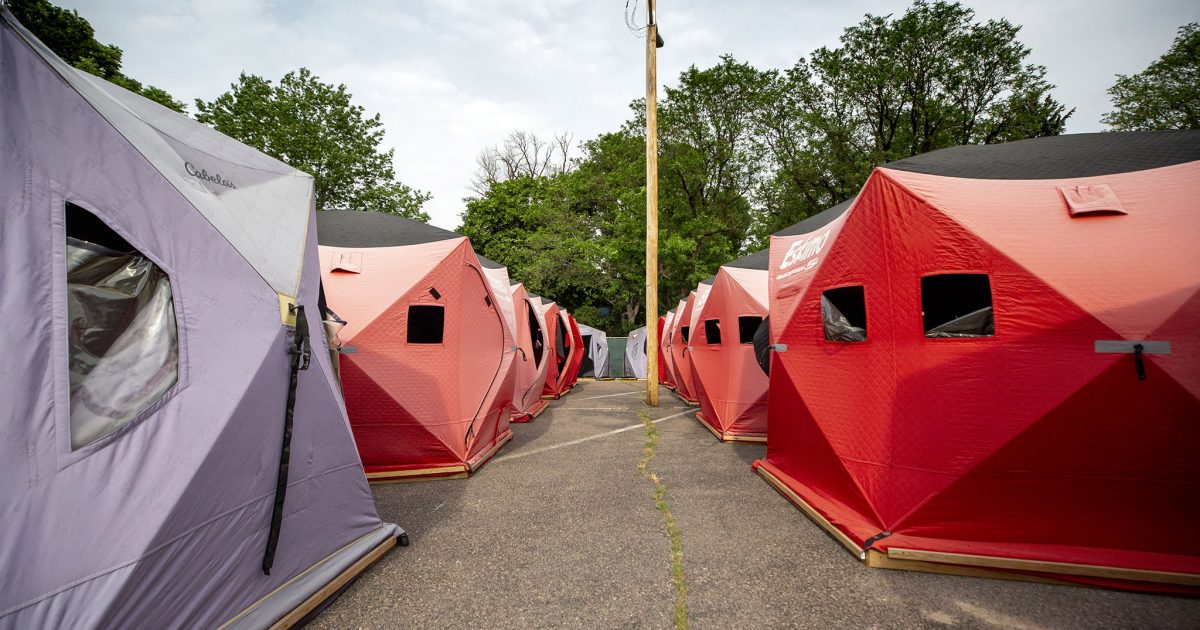 The site will move in June.

A Barnum property owned by the St. Francis Center will soon be the new site for the safe outdoor space currently at Regis University.

The Colorado Village Collaborative announced Monday that the partnership between CVC and St. Francis will continue with the relocation of the SOS site from Regis to the Barnum field in June.

St. Francis has operated the Regis SOS site since it opened in June 2021. Initially, the site had a six-month lease with the private Jesuit university, but the school extended the lease to host the site for a full year.

In a press release, CVC said it served about 114 people at the site and 24 residents “received assistance with more stable housing.”

The land housing the new location on Federal Boulevard was acquired by St. Francis earlier this year, according to executive director Tom Luehrs.

St. Francis, which provides housing and other services to homeless people, plans to build 60 affordable housing units on the land for homeless people ages 62 and older.

They are currently working on securing funding for the project and hope to start by June 2023.

“Since the SOS site we currently operate at Regis University is due to move, we knew we needed another site and this site would be really ideal,” Luehrs said. “There is nothing on the site at the moment. This is vacant land and we could easily set up all 50 tents there and operate for the next 11 months at this site.

The St. Francis site is the seventh SOS facility since the program’s launch, according to the statement. It is approximately 21,000 square feet and will accommodate up to 60 people. The facility, similar to other SOS sites currently in operation, will provide 24-hour staff and secure shelter, as well as food, welfare checks and assistance in finding permanent accommodation.

In addition to the Regis location, CVC operates sites at Denver Human Services East in Clayton and on land owned by the Denver Health Medical Center on Elati Street in Lincoln Park.

Although there are no concrete plans, Luehrs said residents interested in the construction field may be able to help build affordable housing. If residents meet the criteria, they can also transition into housing when it becomes available.

“Over the past 13 years we have created what we believe is the ultimate answer for homeless people and that is housing construction,” Luehrs said. “That’s what we did in St. Francis and that’s what the SOS sites are for. We’ve been able to help people find permanent housing and that’s the ultimate goal…helping people get off the streets and into decent, affordable housing.