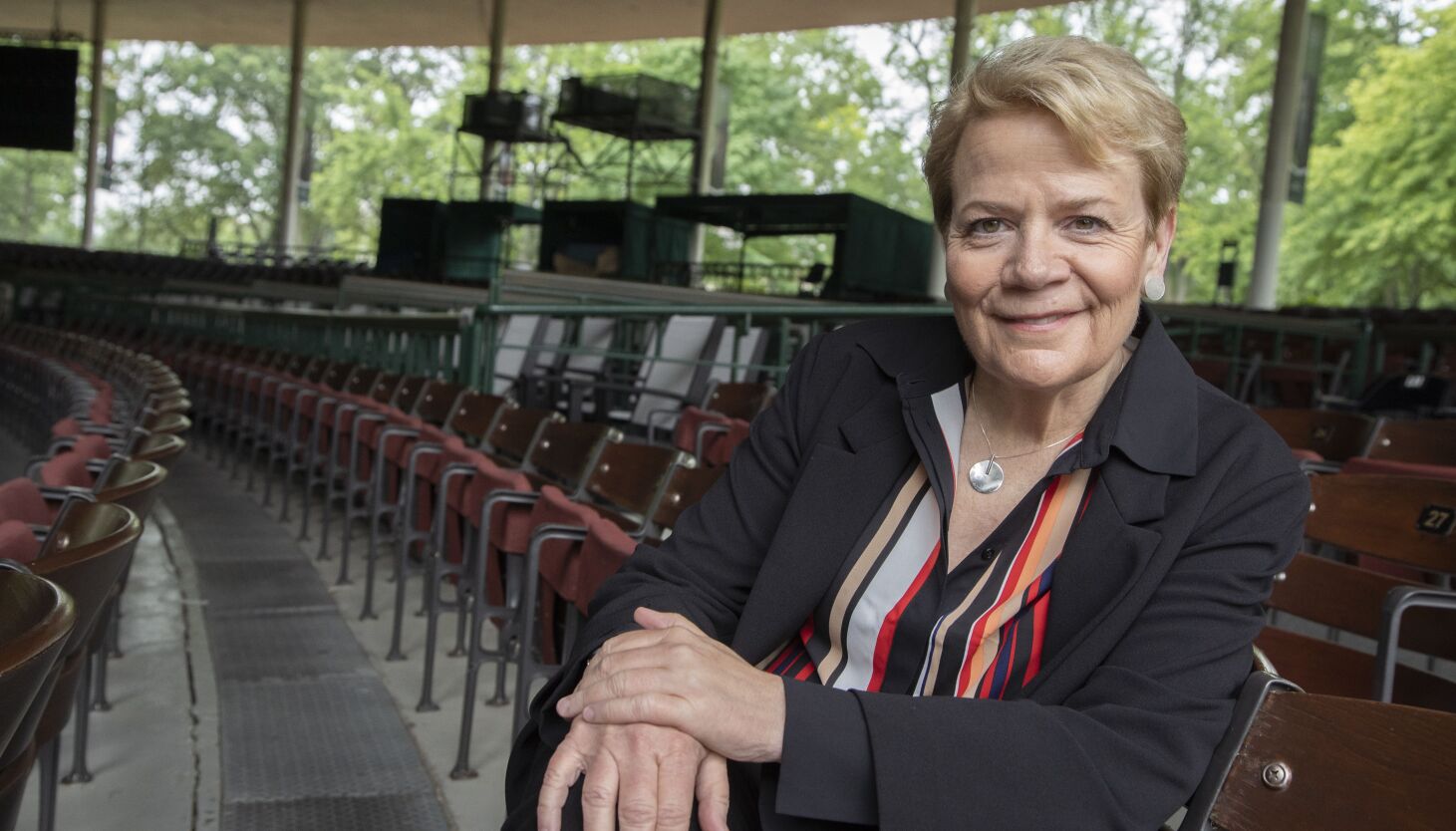 After winning what is now known as the Taki Alsop Conducting Fellowship in 2005, the black conductor was a finalist for three positions – and was not hired for any of them. She recalled one of the search committee chairs being candid in a follow-up conversation: “You just don’t look like what our audience expects the ‘maestro’ to look like.”

The Ravinia Festival is tackling this discrimination head-on with “Breaking Barriers: Women on the Podium,” a mini-festival July 29-31 that includes two concerts by the Chicago Symphony Orchestra, a symposium led by the former Sun-Times music review Wynne Delacoma, an outdoor historical exhibit, and a dozen other offerings.

The unfair barriers facing women conductors are clearly highlighted in 2016 statistics (latest available) from the League of American Orchestras which showed that in 174 reporting ensembles, only 9% of music directors were women.

“Breaking Barriers” is the brainchild of Marin Alsop, conductor and curator of Ravinia. She has been a standard bearer for women in the field of orchestral conducting, becoming the first woman to conduct a major American orchestra when she served as Music Director of the Baltimore Symphony Orchestra from 2007 to 2021.

When Alsop entered the conducting profession in the 1980s, joining a handful of others, including JoAnn Falletta, now music director of the Buffalo Philharmonic, she assumed waves of other women would follow.

It wasn’t until the emergence of the #MeToo movement in 2017 and the gender discussions it sparked that the opportunities for female conductors finally exploded. For example, Eun Sun Kim became music director of the San Francisco Opera last year – the first woman to hold such a position in one of the country’s leading companies.

But parity is still a long way off.

“What’s missing is that sense of support system and community,” Alsop said. “And longevity. It’s a fairly new phenomenon, women on the catwalk. So I think our work is even more important now to really move forward and create a more equitable landscape for the future.

To help provide this support system and increase the numbers, Alsop founded the Taki Alsop Conducting Fellowship, which provides coaching and other career support to emerging female conductors. This mini-festival marks the 20th anniversary of the program, and at least 14 of the 30 women who have won scholarships or related awards are expected to attend.

Three Taki Fellows will be featured at the CSO concert on July 29, with Anna Duczmal-Mróz, the current recipient of the honor, conducting “Source Code” by the orchestra’s composer-in-residence Jessie Montgomery.

Laura Jackson and Johnson, former students of Taki, will join Alsop for a performance of Michael Daugherty’s “Time Machine” for three conductors and orchestra (2003).

Ravinia plans to continue “Breaking Barriers” in future seasons, focusing on other bands that have struggled to find a niche in classical music or, as Alsop put it, “breaking new ground.” “.

“We really want to make this an exciting annual experience,” she said, “because Ravinia lends itself to this kind of multidimensional experience. I think it’s the perfect place.

When Johnson’s career path was unfairly blocked, the budding conductor, who earned her master’s degree at the University of Chicago, did not accept defeat. Instead, in 2008 she founded her own Philadelphia-based ensemble, the Black Pearl Chamber Orchestra, which put inclusion and community engagement at the forefront.

“A lot of the philosophy,” she said, “is not about traditional community outreach, but about allowing the community to reach out to us. So we call it ‘at your fingertips’. Part of that means we give people convenient access to the orchestra.

Johnson also made a point of recruiting various top musicians for the ensemble.

“We have a variety of different identities represented in the orchestra,” she said, “so when you look into the orchestra and you look at the audience, there’s no difference obvious.”

Building on Black Pearl’s now proven artistic and financial success, Johnson began serving in 2015 as a diversity and change consultant to other organizations. His website is split between these two strands of his work.

“While classical ensembles,” she said, “are going to artistically appeal to a broader group in their community, representation matters. It’s not just for moral reasons. This goes to the bottom line.

“Classical music can only survive if we find a new and diverse audience who will fall in love with the art form like us artists.”