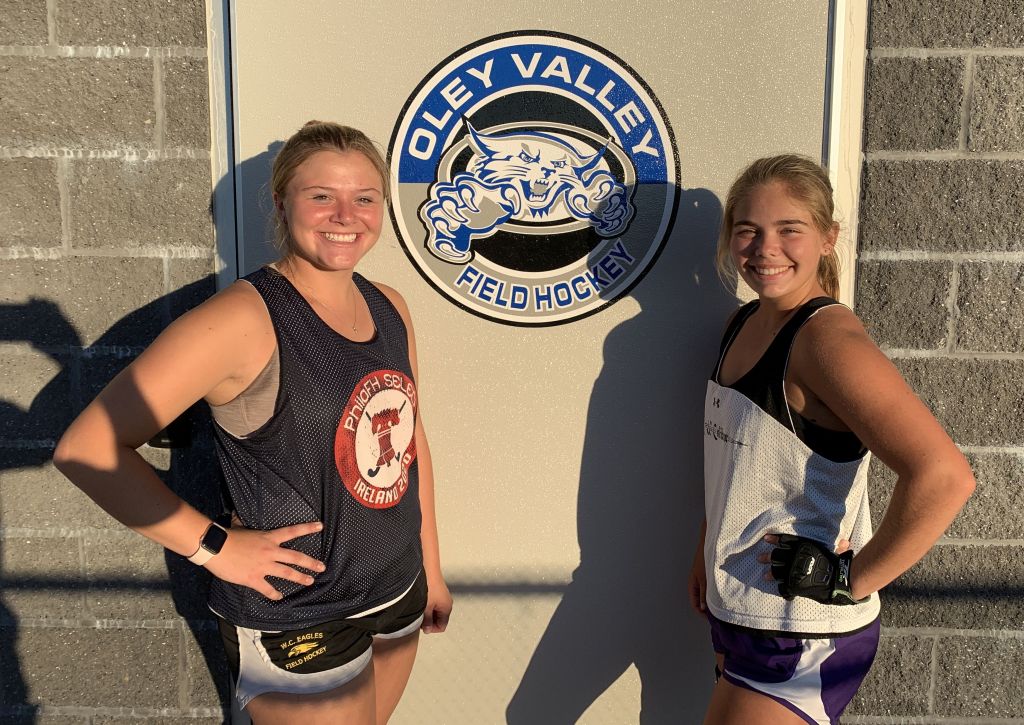 It doesn’t take long for the ties – or, if you prefer, the Lynx – that connect the past and present of Oley Valley field hockey to become apparent.

Alexandra Lopez is a senior, and when we talk to her about this hopeful season, it’s hard not to hear the words of former coach Donna Long.

“Basic fundamentals this season and just like always give 100% on the court,” said Lopez, a returning All-Berks and All-State selection when asked about expectations, “and just take it one game at a time. “

Long’s impact should come as no surprise. She is still on the program and coached Tiffany Cappellano, who took over from Long and is in her 13th season as head coach.

“She’s definitely the foundation of this program,” said Cappellano, whose staff includes three others who played or coached under Long. “I took over a well-oiled machine. My job was just to maintain it.

And she did. The Lynx enter this season with ambitious goals. They all return except one player – goaltender Cassidy Drobek – from a team that went 24-3 last season, was Berks runner-up, won the District 3 Class 1A title and reached the Finals. PIAA Class 1A.

“So now the pressure is on to really push, get that county title back, be back-to-back district champions and really compete and really run for that state title.”

There’s another reason – aside from returning talent – for the obvious excitement around the Lynx.

Oley Valley elected to upgrade from Berks III to Berks II. That puts the Lynx in the same division as two-time defending Berks champion Twin Valley, who beat Oley 4-1 in the county final before winning the Class 2A district and state titles last year. while at Berks I. He sets up crossplay with perennial contender Wilson, who won the PIAA Class 3A title in 2019.

In short, it puts Oley Valley, a Class 1A school, in more direct competition with Class 3A and 2A schools.

In fact, Twin Valley and Oley Valley have each won five of the last 10 Berks titles. Fleetwood, also moving to Berks II, won the last county championship not won by the Raiders or Lynx. The Wilson Bulldogs have won both before that.

This type of competition jeopardizes the Lynx’s 84-game winning streak in the league. Oley has not lost a league game since falling to Hamburg 3-1 on October 11, 2011.

Unsurprisingly, the Lynx rose to the challenge.

“I think that’s the most exciting part,” Cappellano said. “You want those games where you have to constantly go out and compete because those wins feel so much, I don’t want to use the word better, but they’re just… it’s a deeper feeling, it’s a more passionate feeling. That’s the whole reason these girls, when they were in the youth league program, playing at such a young age, they were always like, ‘I can’t wait for those times to be in high school. “

“Those are the moments and for us to be able to have them in the regular season is going to be huge and I think that’s going to propel us into this playoffs.”

The Lynx have faced adversity before. They will likely play the majority of the season without senior Tetje Williamson, a first-team All-Berks and All-State selection last season who tore her right ACL in March. She was injured while trying out for her outdoor club team.

Williamson, the daughter of great Oley and current assistant coach Kelly (Cawley) Williamson, said her rehabilitation is progressing well. She can’t sprint or make quick moves yet, but she plans to keep working and be a vocal presence on the sidelines.

“I’m just going to kind of play the role of captain,” said Williamson, who is committed to playing at Delaware, just like her mother did. “My goal is to sit on the sidelines, scream, basically what I do on the pitch, but not play.”

Williamson said she hopes to get the green light to play in games before the end of the season.

“Even though it’s only the playoffs,” she said, “but I would love to play a game in my senior year.”

Meanwhile, Williamson said she was confident her teammates would step in. It’s a talented and deep group.

In total, seven players scored at least 10 goals a year ago. Mia Woodward, a junior, was the team’s second-leading scorer with 19 goals and five assists.

Goaltender Cenora Grim also has experience as she saw some playing time early last season when Drobek was injured.

“It’s a great girl group,” Williamson said. “We know how to play together. We’ve been playing together for years, so we get along really well.

The Lynx are also using last season’s 6-0 loss to Wyoming Seminary in the state finals as a bit of motivation. But, of course, first things first. And it starts with the regular season.

“We want to compete at the highest level,” Cappellano said, “we want to be in those big games. And I think if they don’t make it, I think they’ll be disappointed. But right now our focus, because of the intensity of our schedule, is on that division title, so that’s where we kind of have to sit down and sort things out every day, improve a little bit every day and take things one day at a time, one game at a time.

Sound familiar? It’s a formula that has worked at Oley for a long time.