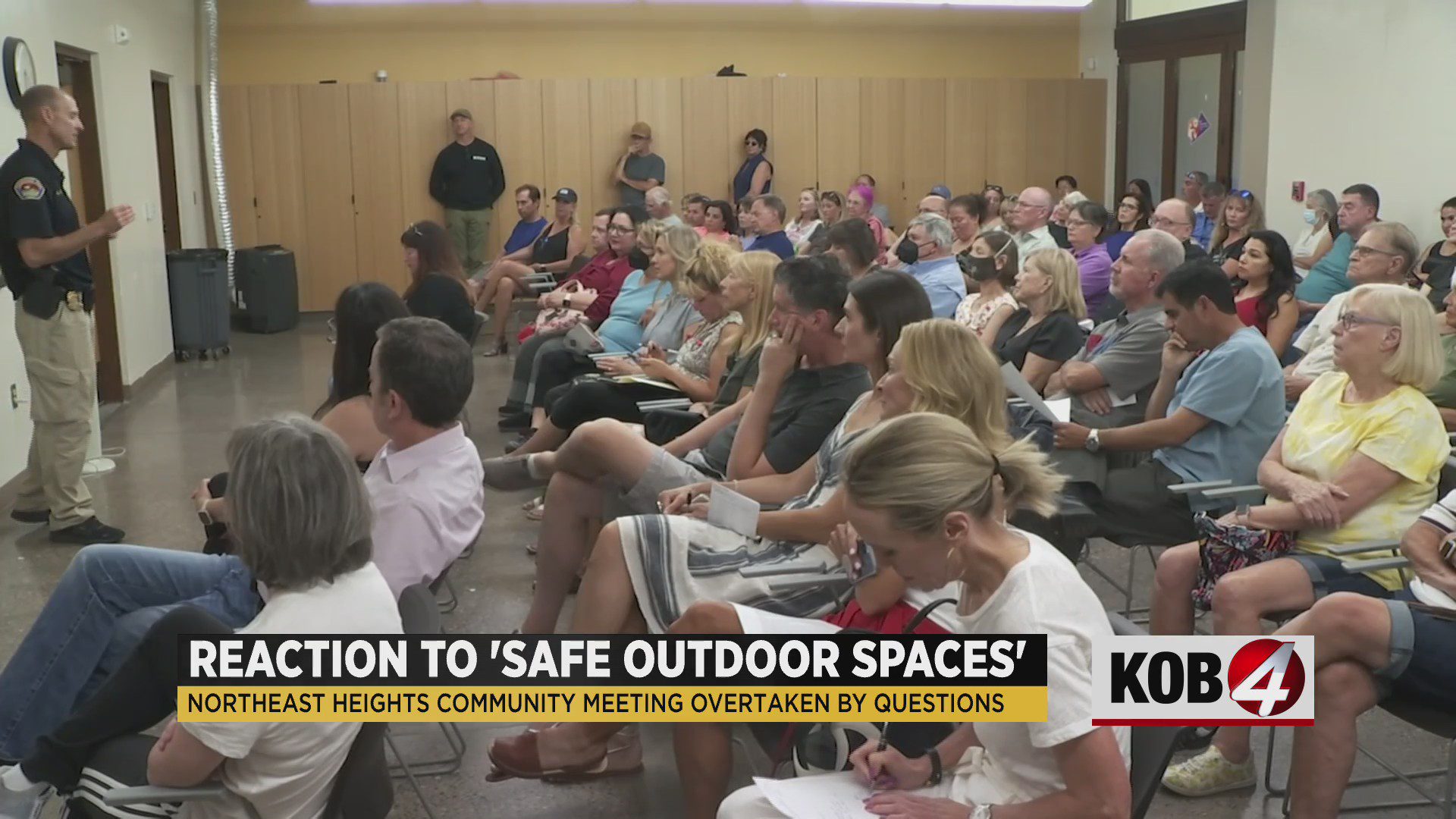 “It’s the biggest turnout I’ve ever seen in a meeting,” said Amie Norman, who lives in the heights in the northeast. “There are probably 150 people who all have something to say, opinions one way or another. I’m definitely not for it. I don’t know what the solution is, but that’s not it .

Albuquerque Councilman Brook Bassan had no problem reading the piece. She was there with the ODA Northeast Commander for a planned neighborhood association meeting about an increase in crime in businesses in northeast Albuquerque. However, dozens of concerned neighbors have been asking Bassan about the possibility of a homeless camp setting up in the neighboring lot.

“Hello everyone, I know you’re all mad at me,” Bassan began. “Let me explain.”

She says it’s a case of miscommunication.

Councilors showed a map of potential zoning-based locations at a meeting earlier this month, including the lot in question near the park, but nothing is set in stone.

“‘The zoning here would technically allow that,'” Bassan said.

The meeting at least gave some insight into the thoughts of some neighbors and the thoughts of other local leaders, like Bernalillo County Commissioner Walt Benson, on the possibility.

“We enable and encourage homelessness and crime,” Benson said. “The real winners from these sanctioned encampments are the drug traffickers and human traffickers. I absolutely oppose it. Putting up a permanent tent where they can do drugs all day is not the solution.

The city hopes to start with a camp and go from there. Representatives of the Department of Family and Community Services, which funds these spaces, recently announced that they have two religious congregations interested.