Cynthia M. Goodell
Outdoor challenges
Comments Off on Migrants face challenges on their journey to the border town of Tapachula, Mexico

Migrants face challenges on their journey to the border town of Tapachula, Mexico

Unable to leave, they were forced to find a small apartment. But life in Ecuador was difficult, Mu’taz said. Living expenses only increased and since neither he nor his sister could apply for a job, they struggled to buy food.

One day, a group of migrants speaking from Mexico asked if he and his family wanted to join.

Two months later, on January 21, they boarded a small raft under the weight of 15 people and headed for Colombia. The night they arrived, Mu’taz recalls the smuggler telling the group to sleep in a nearby field and be ready to start walking at 5 a.m.

The journey through the Darien Gap began with days of cutting through dense jungle to reach the summit of the aptly named Death Mountain.

The climbing, however, was only part of the journey; the descent was just as brutal.

Aziz had slipped while trying to descend a slope of large rocks.

The band members helped Aziz up and they continued. They reached the river two hours later, when Aziz had another fall, but much worse.

“My nephew was covered in blood,” Mu’taz said, pointing to his ribs. “So we put it in the river and we cleaned it.”

Aziz never revealed how much he was in pain.

“He never told us, I think because he felt guilty for falling,” Mu’taz said.

Aziz was now limping and struggling to keep up with the rest of the group.

His injury slowed the group, and stretches that should have taken an hour to cross took four hours, and the jungle canopy made sunlight scarce. Eventually, the trio was separated from the main group. A few hours later, a band member returned and apologized but said the band would continue without them. He did, however, promise to send help from the first village they arrived at.

“‘Better to wait for the sun, when you can see the road well,’ they told us,” Mu’taz recalled, adding that the three pitched their tents for the night.

At 2 p.m. the next day, a group of migrants following the same path came upon Mu’taz and his family. He told them that Aziz was injured and needed help.

The Cubans said a doctor was among a group of migrants right behind them, but they offered to examine Aziz and prepare him for the doctor.

When the doctor arrives, he says, “She had medicine and put it in her mouth. After 50 seconds, he started vomiting blood. His mouth, everything. Blood.

Later in the day, another group of migrants approached them.

“One of them who was walking was from China, and he had packed an air mattress,” Mu’taz said. “’Take it to the river’s edge,’ he told me. “If he can’t walk, lift him up and float him down the river.”

The rushing waters rocked Mu’taz and his nephew and almost dragged them underwater.

“I’m near his head. I try when he needs something – to put water in his mouth, everything, until we get there,” he said. “I look at him, my sister and the others, I’m like, ‘I can’t.'”

They decided to stop for the day and pitched their tent along the marshy bank of the river. 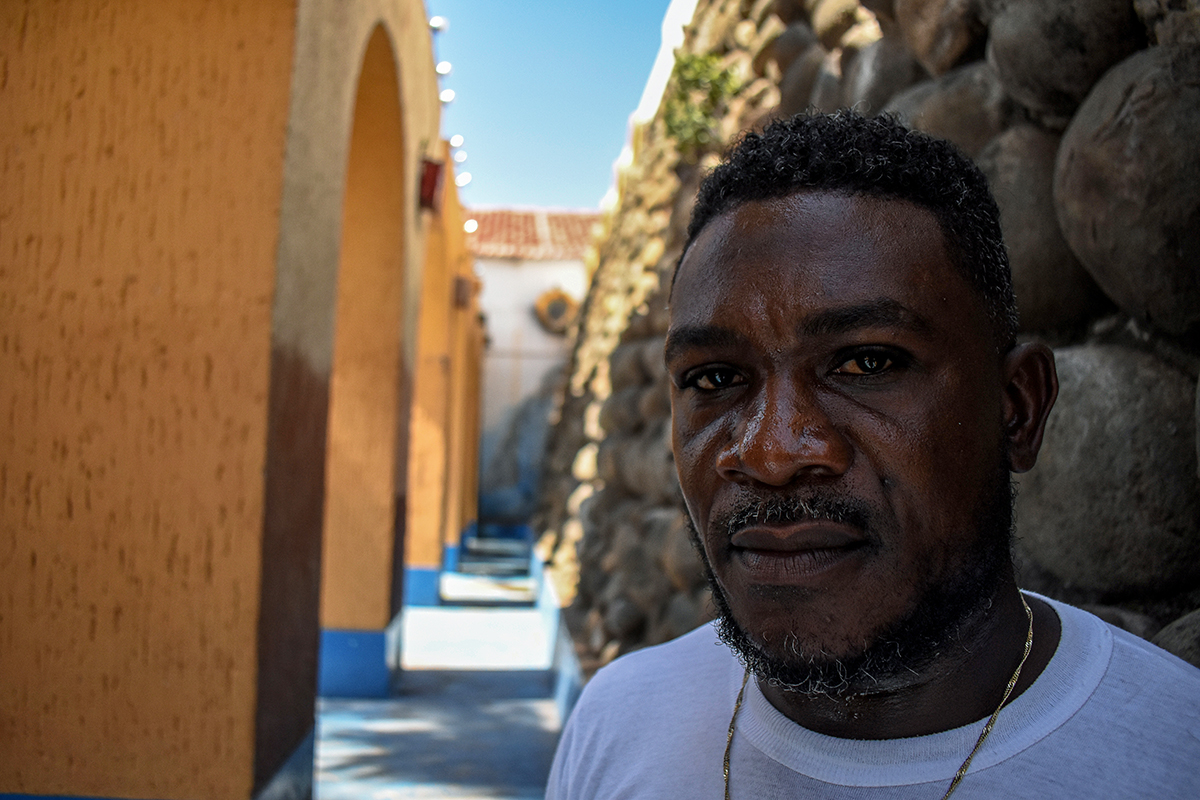 “We stay there one night, we sleep without eating without anything; we drink the water from the mountain,” Mu’taz said.

The next day they came across a nearby military post and were told the nearest hospital was three hours away, but a nearby village had a clinic. The family arrived within 30 minutes, but it was too late.

“Before we got there, all the blood in his body, he pulled it out,” Mu’taz said.

“We tried to save his life. The doctor came and checked, he said, ‘No. Nothing.'”

“I asked if I could put my heart into his body,” he said.

Mu’taz remembers a procession of police, orderlies, and justice officials going in and out of the room to confirm death and fill out paperwork.

“We left on January 21. My nephew passed away on February 1,” he said.

The local Arab community offered to help with the burial in the village cemetery. They laid Aziz in an unmarked grave, next to rows of crosses.

Aziz’s mother was numb with shock.

Mu’taz hugged his sister for what might be the last time, and continued the journey.

He boarded bus after bus and had to deal with dozens of toll stations on the way.

“Because all the buses were migrants, they stop us,” he said. “And they ask, ‘Who came from Cuba? You have to pay 50. What are the Venezuelans? 40. From Haiti? What you have.”