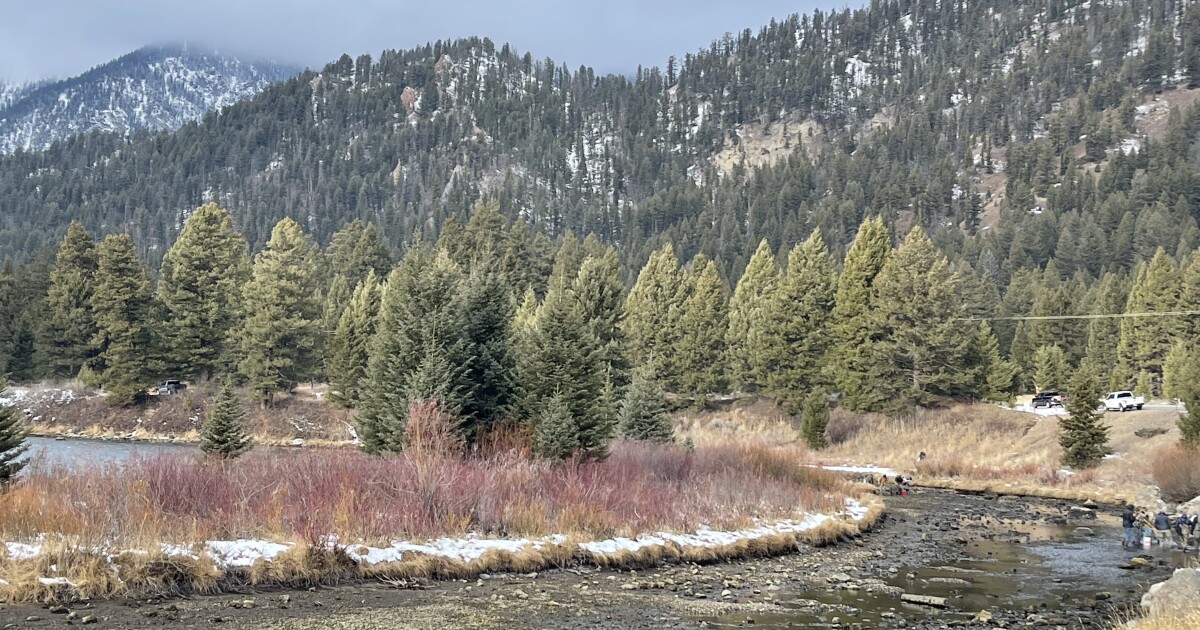 The low water levels are just the latest blow to the Madison River, which experienced a dramatic decrease in river flow on November 30, 2021, due to a faulty outlet valve on the Hebgen Dam.

At the time, the USGS reported that water levels had dropped about a foot – they reached a low of around 600-650 cfs – where they normally flowed at around 850 cfs. On Wednesday, December 1, 2021, the fishing community came together early in the morning to work as fast as possible to save the fish along the Madison River.

On Dec. 9, 2021, Morgan Jacobsen of the Montana Department of Fish, Wildlife and Parks said flow has returned to the Madison River and fishing restrictions have been lifted. He says a damaged gate on the Hebgen Dam has reduced flow in the Madison to 200 feet per second while he says flow is typically over 600 fps. He said the reduction left fish stranded out of the main channel and also threatened trout nests. Jacobsen says spawning grounds are the areas where female trout dig trenches and lay their eggs.

River recreation enthusiasts should be aware of lower flows and exercise caution. The public is asked to avoid walking on rainbow trout spawning grounds during this low water period.

“NorthWestern Energy and our stakeholders have decided to move forward with this water conservation plan now to allow this water to be used later in the year,” said Andy Welch, head of NorthWestern Energy hydro license compliance, in a press release on Monday, April 4. , 2022. “Conserving this water to supplement flows during the heat of summer will help reduce stress on fish from high water temperatures.”

“These management challenges are exacerbated as we emerge from a drought year like last year and enter what is shaping up to be another tough year,” said Mike Bias, executive director of the Fishing Outfitters Association. of Montana. “Reducing flows out of Hebgen now to hopefully maintain adequate flows on the Madison through the summer and fall is a necessary, albeit not easy, management decision. We also know that NorthWestern Energy is not taking this management decision in a vacuum.Fish, Wildlife & Parks of Montana, BLM and Forest Service fisheries officials all believe this is the best course of action at the present time.

“We also know that NorthWestern Energy is not making this management decision in a vacuum. Montana Fisheries, Wildlife and Parks, BLM and Forest Service officials all believe this is the best course of action. for the moment.”

“2022 is shaping up to be another very difficult dry season on the Madison River with potentially too little water to fully meet all of the system’s needs,” said Jeremy Clotfelter, director of hydroelectric operations for NorthWestern Energy. “NorthWestern Energy is closely monitoring conditions and forecasts, while working with the Federal Energy Regulatory Commission, Montana Fish Wildlife & Parks, US Forest Service, US Bureau of Land Management, Montana Department of Environmental Quality, US Fish & Wildlife Service and other stakeholders on water conservation options.

Water from the Hebgen Reservoir is used to control the flows of the Upper and Lower Madison River year-round to protect and maintain the long-term health of the river system and fisheries.

The public is invited to a 6-8 p.m. meeting April 26 at El Western, 4784 U.S. Highway 287, Ennis to discuss topics on the Madison River, including snow accumulation and flow forecasts for the Madison River, fish populations, Hebgen Dam Gate malfunction, and projects sponsored by the Madison Fisheries Technical Advisory Committee.