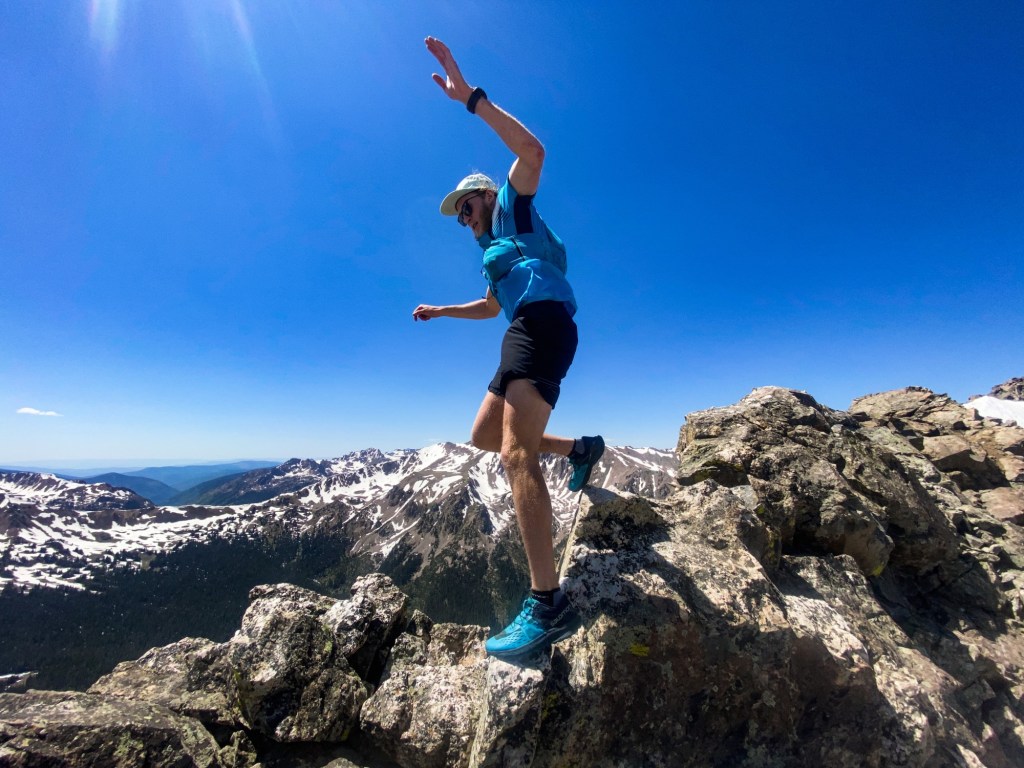 When Drew Petersen arrived at the start line of the 100-mile Leadville Trail race on Saturday, he must have felt a surge of emotions beyond the joy of fulfilling a long-held dream, not to mention the inevitable anxiety that accompanies attempting one of America’s most grueling ultras.

He’s lucky to be alive, and not just because he survived a life-threatening crash on Oregon’s Mount Hood in 2017. As he climbed the peak to ski it, a large boulder fell on his head as he was trying to climb and ski. the highest peak in all the Mountain West states.

He experienced a dark night of the soul following the accident which included post-traumatic stress disorder, post-concussion syndrome, suicidal thoughts, rehabilitation after brain injury and a diagnosis of bipolar disorder. type 2. The latter helped him understand why he first had suicidal thoughts even before he was a teenager.

Petersen, a professional ski mountaineer and trail runner who grew up in Silverthorne, is on a mission to speak about his mental health journey and encourage those who are hurting to seek help.

“I’m not religious, but I’m a spiritual person,” Petersen said this week. “I don’t know if this (Mount Hood accident) happened for a reason, from a greater being’s perspective, but I’m so grateful for this moment. I am very grateful that the stone fell on me. I survived on well over an inch and a half of plastic (helmet) and high density foam.

“As I have come to realize a much fuller and much more authentic version of who I am, I have also found what I believe to be my purpose on this Earth. right now, changing the culture around mental health in the outdoor community, in mountain towns and the ski community.

Petersen was skiing before his second birthday and was passionate about the sport from an early age.

“The mountains have always been where I found myself and where I felt most connected to myself and my surroundings,” said Petersen, 28. “The passion for racing came later in life, but came from the same place: enjoying the mountain days.”

Yet he knew that something inside him was wrong. He describes himself as a ‘very emotional kid’ and says his first memory of suicidal thoughts came when he was 9 or 10, but he knew nothing about mental health and didn’t have the resources to understand what was happening. was wrong. .

His depression and suicidal thoughts continued into adulthood, and he coped with it in “unhealthy ways”, which mostly meant taking skiing to extremes and developing an “abusive relationship” with the ‘alcohol.

From the outside, he looked like he had a good life, though. He has appeared in dozens of ski movies and on the cover of ski magazines. The turning point came in the spring of 2017 when he set out to scale and ski the highest peaks in Nevada, California, Arizona, New Mexico, Colorado, Idaho, Utah, Washington, Oregon, Wyoming and Montana. Nine peaks into the journey, high on Mount Hood, he heard the distinctive creak of a rockslide and immediately knew he was in trouble. A boulder the size of a microwave oven fell from a cliff 40 feet above him, landing on his head, the middle of his upper back and his left arm.

An artery in his left arm started gushing blood, but he didn’t have a broken bone. After a climbing partner applied a tourniquet, they skied to a lodge where Petersen was airlifted to a Level 1 trauma center in Portland.

“I came out relatively unscathed,” Petersen recalled. “They managed to restore blood flow to my arm, so I was able to keep my arm. Amazingly, it was uninterrupted, despite the depth of the laceration. My helmet saved my life. I literally walked out of the hospital. In many ways, I was the luckiest human on the planet that day, to be relatively well physically. But I had to go through this experience, and the scars it left in my mind were a real wound, I just didn’t know how to approach them at the time.

He fell into a darker place than he had ever been, but it took 15 months before he finally broke down and asked for help. Only then would he learn that he had suffered a previously undiagnosed severe concussion in the accident, which had combined with his pre-existing mental health issues to make his life a nightmare.

“I felt like a ghost, following my body, watching it go through the motions of life but not actually being there,” Petersen said. “It escalated into a very dark depression and continued to deepen until I thought about killing myself. It got to a point where I would rather kill myself than ask for help. Fortunately, I asked for help.

He needed a lot. He received extensive brain rehabilitation for post-concussion symptoms that included neurological deficits in vision, speed, balance, and auditory processing. He was diagnosed with PTSD and bipolar disorder, which he now believes he had growing up. He also got sober.

“My relationship with alcohol has been very negative to my life and my mental illness,” Petersen said. “Quitting was awesome. It’s a huge positive influence on my everyday life. I really can’t imagine life without sobriety.

He is under psychiatric medication. He practices mindfulness meditation and makes gratitude a daily practice. He says he’s built better friendships and relationships based on “real emotional vulnerability and depth” and calls these things his “toolbox”. Skiing and running are part of this tool kit, but that’s not all it has. Not like before.

Petersen tells the story of his trip to ski these 11 western peaks, the accident and his mental health struggles in a short documentary, “Ups and Downs”, which can be seen on YouTube. He sincerely shares advice for others who know the dark places he no longer inhabits.

“Strength and struggle are equal parts of the shared human experience,” Petersen said. “We both live, and it’s normal for every human being on this planet to struggle and give voice to the struggles I’ve been through. I’ve learned how normal they really are and how many people have felt what I felt.

“The other half of that is the strength piece. It also means that every human being on this planet has the strength to cross over, wake up tomorrow, and build a better life. The strongest thing you can do is ask for help. It’s one of the strongest things I’ve ever done in my life. I can tell you it takes a lot more strength than running 100 miles or anything I’ve ever done on a pair of skis.

In the Leadville Trail 100, often called “The Race Across the Sky”, runners cover 100 miles at high altitude with over 15,000 cumulative feet of climbing. In a lengthy interview last week, the only time Petersen’s voice cracked with emotion was when he spoke about the race.

“When I was really struggling through deep, dark, depressive episodes, it was really hard to find a reason to keep going,” said Petersen, who finished the race early Sunday morning with a time of 24 hours, 32 minutes and 3 seconds. “Something I kept telling myself is if I can get through this, if I can survive to see tomorrow, if I can get out of bed, then I can do absolutely anything. I can climb any mountain, I can ski any line, and I can run 100 miles. I get emotional, because that goal – to run 100 miles – has become a real lifeline for me, and something that I’m really grateful to have been able to lean on to keep going.

“I don’t have to prove to myself that I can do it. I’ve been through (things) that are much more difficult and much more painful and require much more strength. So running 100 miles for me is a celebration of life itself, of being alive.