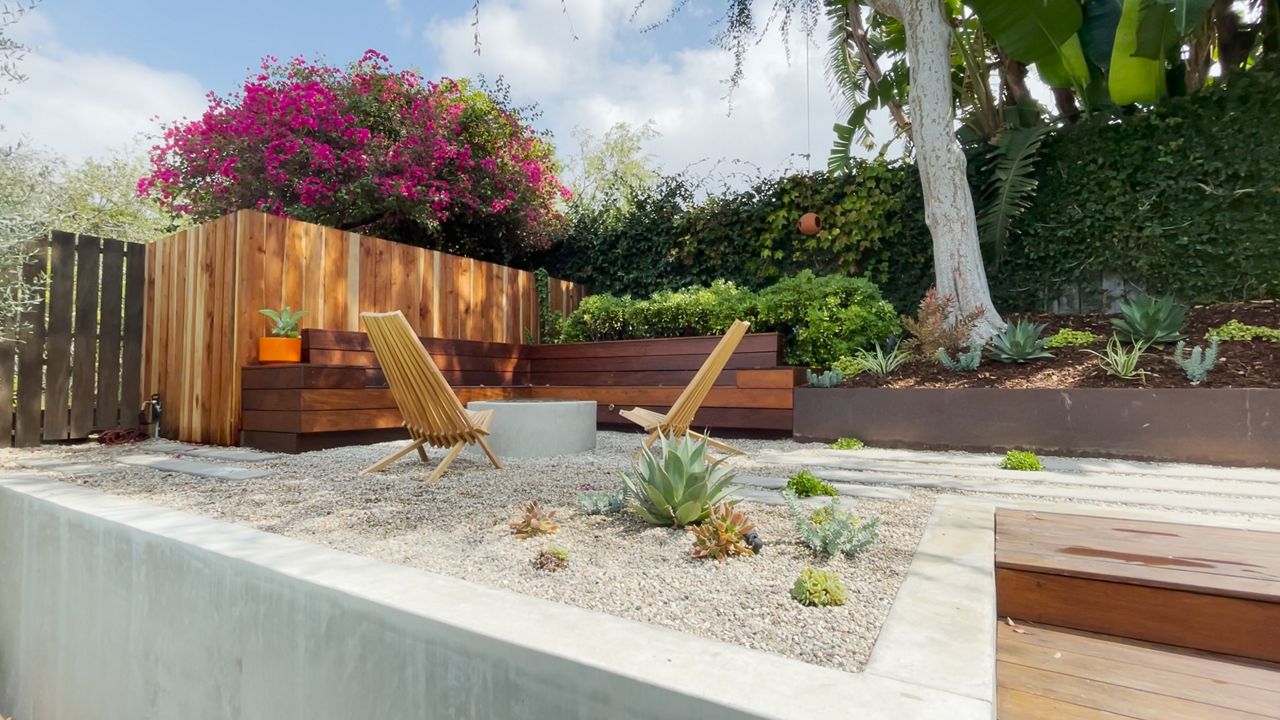 “Any time you plant in high temperatures, even for drought-tolerant and native plants, they need a transition period to get established,” Rutter said.

She has seen a growing demand for drought-resistant landscapes to save money and water.

“It was all grass and we wanted to create more of an outdoor living room,” she said, pointing to the tiny rocks where the grass was.

The City of Los Angeles says applications for its lawn replacement rebate program through LADWP have increased 10-fold. The program offers $3 per square foot to replace a lawn with drought-tolerant landscaping .

“Here we have installed very drought tolerant grass that has a drip system,” she said, also showing where landscaping improvements have been made to the boardwalk.

“The weather makes people think about improving their gardens, which makes sense, but we try to get people to plan during this time and then plant in the fall.”

Then let the winter rains establish the vegetation. Rutter has suspended all planting until at least October. She also avoids large fields filled with artificial turf, which NASA scientists say can be up to 10 degrees warmer than natural grass.

For LADWP customers, all watering continues to be limited to Monday and Friday for civic addresses ending in odd numbers as well as Thursdays and Sundays. Watering between 9 a.m. and 4 p.m. is prohibited.

“The more permeable your garden, the better it is for the environment, because the water goes straight back into the aquifer and into the ground instead of flowing down a drainpipe,” Rutter said.

For water conservation, she recommends using a drip irrigation system with mulch for best results and focusing on watering larger fruit trees and shrubs.

“Honestly, lawn, perennials, smaller plants can recover over time if we try to limit our water usage,” she said.

Also consider putting a bucket in the shower while the water is warming up, then use that for the garden as well. Rutter says that compared to when she started her landscaping business 15 years ago, more people are aware of the benefits of a drought-tolerant yard.

“It’s much more interesting to look at a garden that has different layers and habitats and interests and textures and colors compared to a flat lawn.”

Not only enriching the aesthetics of her clients and their wallets, she says, but also contributing to the environment for the greater good.

Share your thoughts at “Inside the Issues” and watch Monday through Friday at 8 p.m. and 11 p.m. on Spectrum News 1.