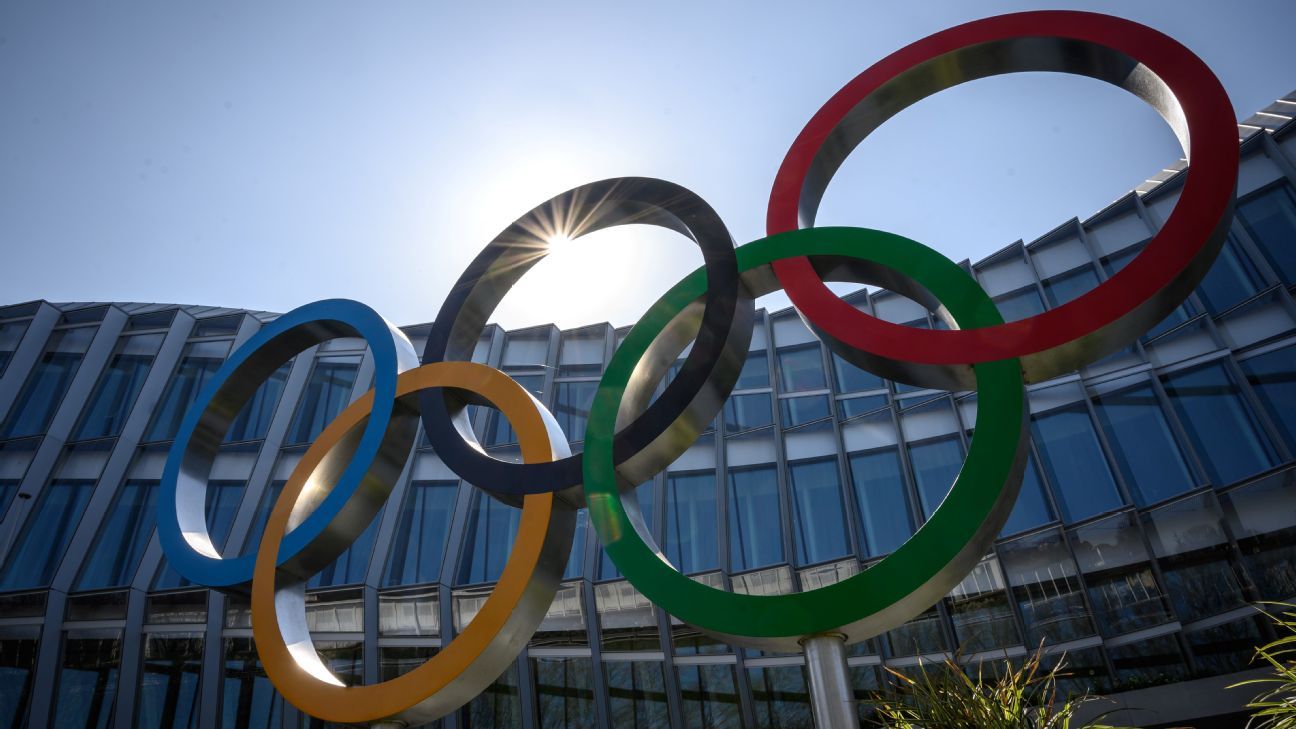 ROME — Costly construction delays, a leadership vacancy linked to an unstable political climate and a lack of sponsors amid a spreading financial crisis prompted International Olympic Committee President Thomas Bach to acknowledge the “challenges” facing the organizers of the 2026 Winter Games in Milan and Cortina d’Ampezzo.

With the IOC Coordination Commission’s visit to the Milan and Cortina sites having been postponed three months to December due to national elections in Italy scheduled for later this month, it was left to Bach to handle matters during a visit with outgoing Prime Minister Mario Draghi before receiving an award. of the Italian Olympic Committee.

“As always before the Olympics, there are challenges, especially in light of this emerging new world order and the financial and economic crisis,” Bach said Friday.

“But we overcame some challenges over the past two years,” Bach added, referring to matches staged in Tokyo and Beijing amid the coronavirus pandemic. “So I’m not too worried because we know the enthusiasm, efficiency and dedication of our Italian friends.”

At a time of growing sensitivity to the cost of the Olympics – and typical taxpayer-funded overspending – Bach said one of the costliest venue upgrades for 2026 would not be included in official Milan-Cortina budgets. .

Italian authorities have set aside more than 80 million euros ($80 million) to renovate the historic Cortina slide track for bobsleigh, luge and skeleton races.

Bach explained “that it would be a tourism and sports project which would continue anyway and independently of the Winter Olympics”.

Bach also supported local authorities who are waiting after the election to appoint a new CEO for the organizing committee after the departure of Vincenzo Novari – a move that has crippled construction and other projects, such as recruiting sponsors.

“The new CEO must and should have the support of the new government,” Bach said. “It would not be wise to appoint such a CEO at this time, a few [weeks] before the national elections.”

The 2026 Games will be the most widespread Olympic Games of all time, with venues spread over 22,000 square kilometers (nearly 10,000 square miles) across a vast expanse of northern Italy, the Lombardy and Veneto to the provinces of Trento and Bolzano.

The 2026 organizers followed IOC plans for the modern Olympics to cut costs and not build taxpayer-funded white elephant venues.

“Thanks to the new rules, we were able to imagine a bid like Milan-Cortina,” 2026 committee coordinator Diana Bianchedi told Bach. “I promise you we won’t let you down.”

There had been discussions about the possibility of hosting slides at an existing site just over the Italian border in St. Moritz, Switzerland, or Innsbruck, Austria.

The IOC recently created a cost-cutting panel, which makes the decision to continue sliding in Cortina surprising.

The $100 million slide track built for the Turin Games in 2006 – the last time Italy hosted the Winter Olympics – was dismantled in 2012 due to rising maintenance costs.

But Ivo Ferriani, the president of the International Bobsleigh and Skeleton Federation – who was the general manager of the Turin track – spoke about a century of sliding history in Cortina.

The Cortina track was built in 1923 and the station known as the “queen” of the Italian Dolomites hosted the great bobsled Eugenio Monti, who won six Olympic medals between 1956 and 1968.

“There is a tradition and [sliding] culture in Cortina,” Ferriani told The Associated Press. “Legacy is not about place; it’s about the people.”

Ferriani added that plans are already underway to host World Cup bobsleigh races in Cortina in 2026-27, followed by world championships in 2027-28 – as well as European Cup and Paralympic races.

“It will be the best place [worldwide]because it will be completely accessible,” said Ferriani, adding that its proximity to other circuits in Austria, Switzerland and Germany makes it a natural choice for the circuit.

Bach had little to say about the debate over plans to organize speed skating on an outdoor track at Baselga di Piné in the Trentino region.

The last time Olympic speed skating took place outdoors was for the Albertville Games in 1992, as the IOC has since preferred the controlled environment of indoor venues.

The outdoor ice is notoriously difficult to keep in shape so that all competitors have a fair chance of winning a medal.

High temperatures made matters worse in Albertville, where a recurring term was “slush”, with skaters crossing soft ice that sometimes had a thin layer of water on top.

“I don’t have the chairman of the coordination commission here with me,” Bach said. “What I can tell you is that before coming here, I did not receive an alert indicating that I absolutely had to fix something.”

Said it was a topic best handled by Christophe Dubi, the Olympic Games’ executive director, Bach added: “I assume there are consultations going on.”

Bach’s 12 years as IOC President expire in 2025, one year before the Milan-Cortina Games.

“I’m really looking forward to [2026]because until then I can really enjoy the bella vita italian and Olympic sport to the fullest,” he told the CONI crowd, “if you still invite me.”

Bach was also asked a day earlier about comments by US Olympic and Paralympic Committee President Susanne Lyons, who said the IOC was discussing “if there is a path” for Russian and Belarusian athletes to return to the international sports after the ban due to the invasion. from Ukraine.

“It goes without saying that from the first moment we said we were in this dilemma, we were looking for ways out of this dilemma,” Bach said. “But that’s about it. I can’t point to any concrete action or time frame.”

The longer Russian athletes remain banned from international competition, the more qualifying events for the Paris 2024 Olympic Games will be missed.