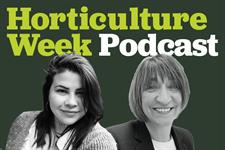 This week SOLEX Garden Products Show Manager Gina Hinde tells us what we can expect from the show and how the industry is coping with inflation, oversupply and price fixing.

Figures for SOLEX are at similar levels to 2019, SOLEX’s last in-person exhibition and this year features include a BBQ masterclass with Marcus Bawdon who will be joined by a masterchef.

Speaking on some of the issues facing the industry, Hinde told HortWeek senior reporter Rachael Forsyth:

“Due to the unprecedented demand and supply shortages we have seen over the past year, retailers have purchased much larger volumes of stock sooner than they ever have before.

So there are many factors causing this problem: so you have spiraling inflation, the war in Ukraine, the resurgence of foreign travel and constant bad weather have all combined to drive demand back to 2019 levels which resulted in an abundance of inventory held in stores and obviously held by our members.

“As stores are now sitting on so much stock, they are very nervous about placing large orders for the 2023 season and may choose to draw from suppliers’ stock instead of their own, which means forecasts for next year are going to be a bit difficult and becomes a bit of a gamble on how much to make.

And, she says, inflation and prices are “always on the move due to container prices, freight costs, rising raw material costs, production costs, unstable conversion rates and obviously high fuel prices, and this is what makes it very difficult for our members to set firm prices and as a result, the vast majority have had no choice but to increase product costs or surcharges, meaning retailers responded by also adjusting their in-store prices accordingly.