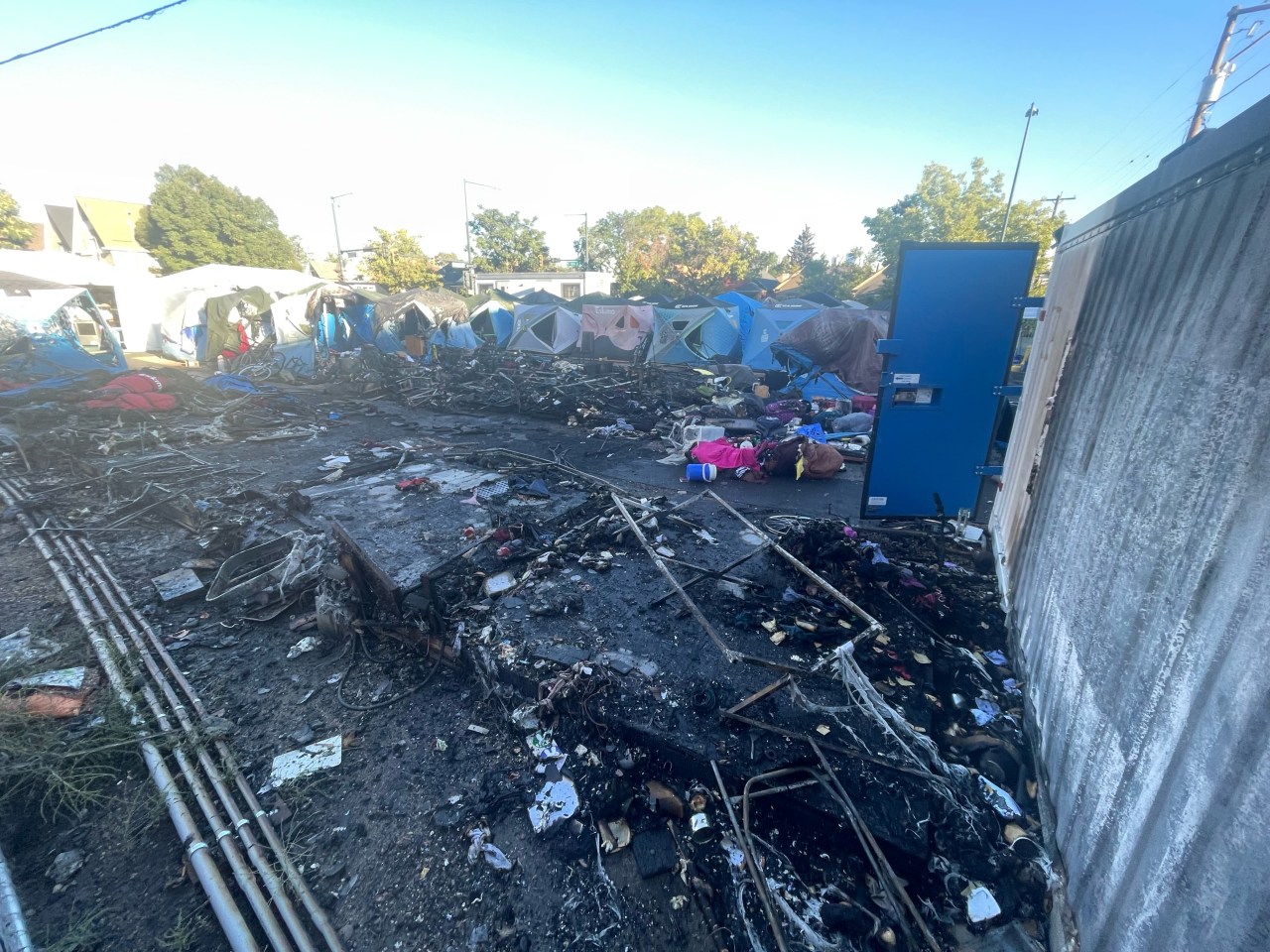 The flames came dangerously close to nearby houses. Firefighters are still investigating the cause and no one was injured. The Colorado Village Collaborative, which manages the site, helps residents find a new place.

One such resident, Rosemarie Palafox, recalled the chaos as she packed a moving van with some of her salvageable belongings.

“I heard ‘whoosh, whoosh, whoosh,’ and then I heard people screaming and stuff and I was like, what in the world is going on?” Palafox said.

The temporary tents were a few meters from a residential area where Emily Ostrander lives.

“We started hearing all these loud explosions, and I open my door and people are running around screaming and there’s a big cloud of black smoke and huge flames. I evacuated my house thinking it was about to be burned down,” Ostrander said.

Neighbors used garden hoses to slow the flames. But now neighbors say that’s just the tip of the iceberg of their frustrations. Ostrander said the campsite, officially known as the “safe outdoor space,” put her in danger on several occasions.

Neighbors have reported stolen property, sidewalk knife fights and other crimes since the tents were pitched last November. But these events aside, they feel that this is simply not a sustainable strategy in a neighborhood.

“We’ve been concerned about this kind of thing going on ever since they moved in,” Ostrander said. “Placing 50 highly flammable, densely packed (tents) in a piece of land a few meters from a house – it’s just not safe and it’s really unfortunate that this has happened to the people living there, because I know that some of them lost everything, and it was really scary for the surrounding neighbors too.

But the sanctioned camp provides a safe space for homeless people to connect to services.

“The reaction of other people in the neighborhood is unnecessary,” Palafox said. “Homeless people live in the streets and alleys, but you don’t want them to have a camp where they can actually get help and the things they need.”

Denver Health, which owns the land, did not renew the campground lease, so it was scheduled to move on Dec. 1.

The CVC sent us a statement regarding the fire:

“Elati Street Native American-Inclusive (NAI) Safe Outdoor Space (SOS) experienced a fire at approximately 10:15 p.m. Saturday. The quick action of our staff ensured the safety of all members of our community. Emergency personnel responded quickly and the fire was brought under control inside the CVC site and no one was injured. Thirty-seven people were displaced and some lost everything they owned. As a safety measure, CVC has moved residents living on the site to temporary accommodation. We are cooperating with the fire department in their investigation. Finally, we are grateful to our neighbors who stopped by with food, blankets, and questions about the safety and well-being of our community members. We really appreciate this care and kindness.

The cause of the fire is unknown at this time.