Cynthia M. Goodell
Outdoor challenges
Comments Off on GACF overcomes challenges to bring a new skatepark to the community

GACF overcomes challenges to bring a new skatepark to the community 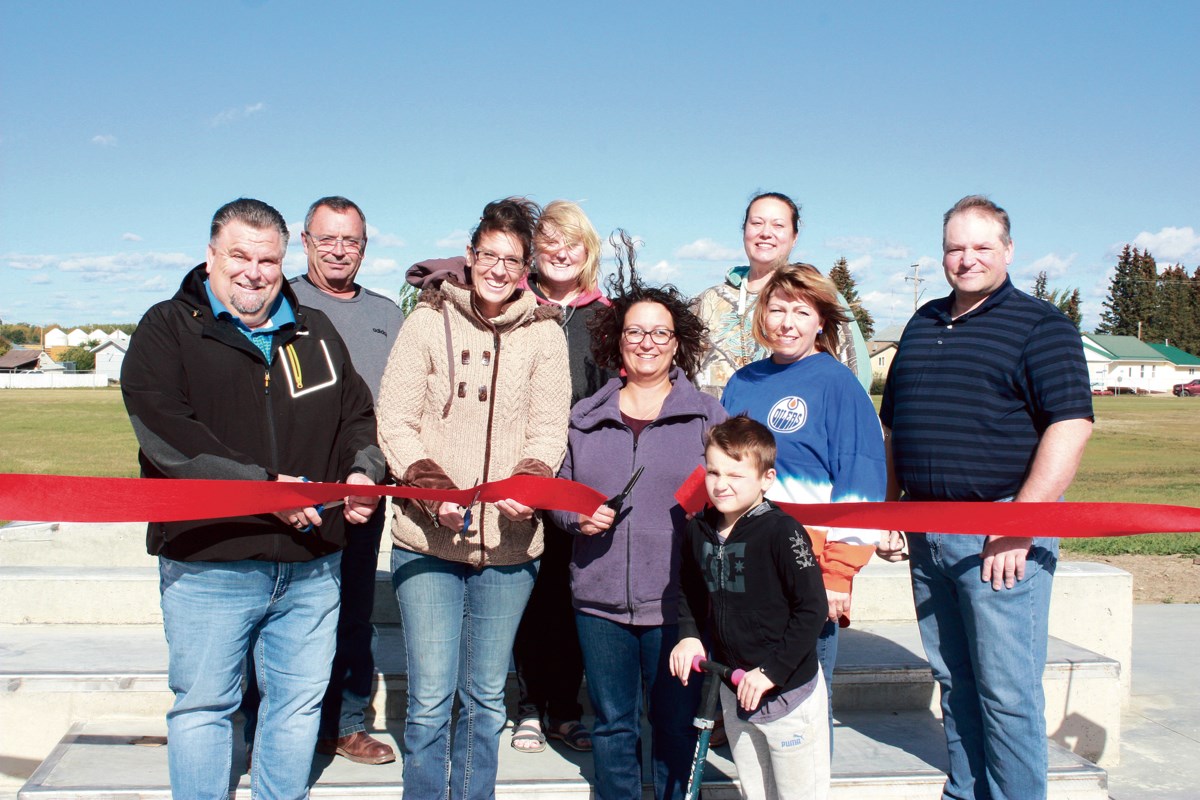 BOYLE – It was a blustery day but luckily no one caught too much air as the new Boyle Skatepark was officially opened, marking the end of Phase 2 of the Mill View community recreation improvement project Park.

With the Phase 1 spray park already in use since 2018, and now the skatepark, this also marks the start of Phase 3, the series finale for the Greater Athabasca Community Foundation (GACF) – a new playground.

GACF members gathered with village leaders and members of the public of all age groups on September 24 to mark the occasion with a ribbon-cutting ceremony. Local kids have already used the new recreational perk throughout the summer, and they showed up in force with their scooters and boards to show their own appreciation.

“Boyle now has his own skatepark!” GACF skatepark fundraising co-chair Terryl Turner announced to cheers from the crowd. “It took many long years to complete this project, especially trying to fundraise through COVID, we really had to think outside the box to figure out how we were going to make money without bringing people together.”

And that’s what they did.

If you’ve walked through Boyle at almost any time in the past two years, you’ve more than likely seen decorative additions to the fence surrounding the arena and park. At Christmas 2020, GACF started selling seasonal wreaths to local sponsors, but unlike the regular wreaths we usually see around the Christmas season. These were made entirely of rubber, in fact, tires to be more precise; chunky tractor tires, with additional creative color and flair that displayed the sponsor’s name, wishing those passing by a Merry Christmas.

The idea was a success, said Turner, and GACF was able to expand the project by adapting it to several holidays through 2022, including Valentine’s Day, Canada Day and Easter, which also included the introduction of the Baled Rabbit, who has now made two appearances, towering over the road below, made entirely of large round hay bales, with makeshift eyes, nose, whiskers and ears, bringing him to life as a Easter Bunny.

“The idea was a big hit and the community loved them,” Turner said.

These fundraisers, among many others, brought the community together to achieve the group’s goal and contribute enough to bring the $200,000 project to life.

“This project would not have been complete without the help and generosity of this incredible community, our council and the companies. And we also want to take this opportunity to thank our families for the fundraising hours; missing family meals; husbands helping with children’s homework; and put the children to bed; and so much more,” she said.

“We still have our third phase to go,” Turner said. “Creating accessible outdoor spaces for all ages will help foster a welcoming, family-friendly atmosphere within our community.”

“The community and council want to thank you for making our community a great place. I like your group and I like all the initiatives that you do. I hear you say we have three phases and we’ve completed two? Well, I have some ideas for you,” Derko said. “We will definitely be talking so I want to thank you guys and all of your sponsors.”

The next big fundraising event for GAFC, Turner said, as members embark on the realization of the Phase 3 Playground is a comedy show, dinner and dance on Nov. 26.