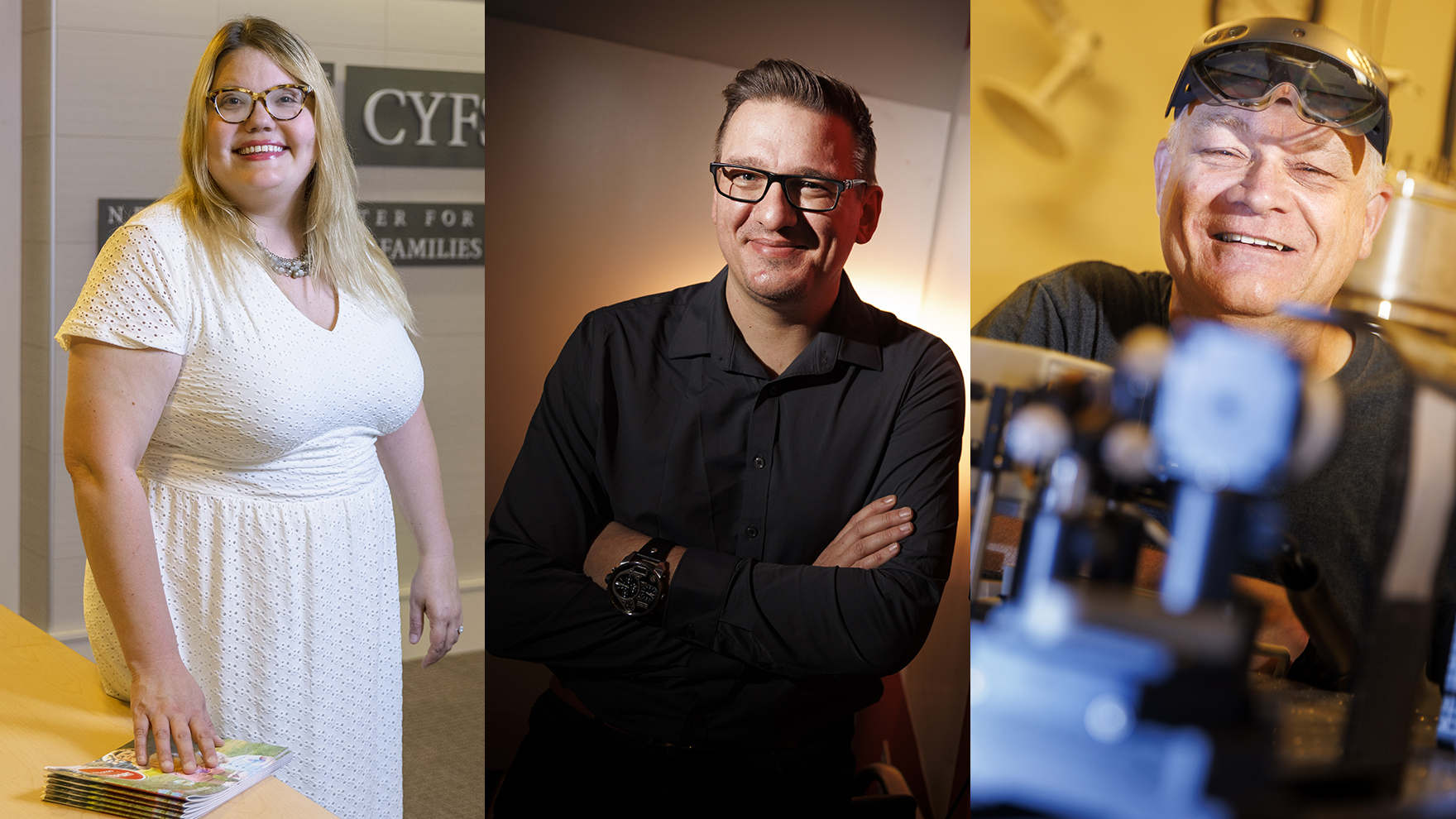 Organized by Chancellor Ronnie Green and Bob Wilhelm, Vice Chancellor for Research and Economic Development, the awards are part of a $40 million commitment to fund work directly related to the university’s Grand Challenges initiative. .

“These awards reflect our university’s commitment to do great things,” said Chancellor Ronnie Green. “I applaud each of our teachers who participated. You have opened doors to new possibilities, coming together to leverage individual strengths and solve big global issues that matter to Nebraska and the world.

Through the Catalyst Competition, faculty were challenged to imagine how their research, scholarship, creation, and outreach activities intersect with the Challenge Areas and to identify unique issues they might work in. all disciplines to help solve.

Katie Edwards will lead a team of more than 20 Nebraska researchers and representatives from tribal organizations, other institutions, and community partners to establish and evaluate a Native-led center dedicated to the prevention of sexual violence among Native youth. . Focusing on an issue that has reached crisis levels, the center will work to reduce sexual violence in all Indigenous communities across the country. The team aims to provide innovative, empowerment-based, and culturally grounded violence prevention programs to the majority of the 1.5 million Native American youth in the WE by 2050. The project received a grant of $3,210,177 over four years under the Grand Challenges Initiative.

Almost every industry that deals with complex data uses digital twin technology – a simulable computer replica of a real-world system. The team led by Tomas Helikar aims to apply this concept to create a digital twin of the human immune system. There is no large-scale digital twin of any human biological system, but the WE The Food and Drug Administration recently announced that it would consider supplementing or replacing clinical trials with simulated models on virtual patients. The team is developing infrastructure to help visualize the complexity of the immune system using advanced computing and artificial intelligence. The project includes eight researchers and 16 additional partners and advisors. The project received a grant of $5,039,652 over five years under the Grand Challenges initiative.

Scientific literacy is an ever-present challenge, understanding the complexity of quantum science being one example. Through “Quantum Business, Arts and Science for Society” – or Q-LOW — Kees Uiterwaal will lead a team of artists, physicists and educational researchers to improve science communication through mixed reality — an interactive computer-based experience that inserts three-dimensional objects into the viewer’s field of vision. The project aims to build two physics labs equipped with augmented reality technology and open them to students and teachers; create an interactive and immersive art installation; and conduct research on students’ understanding of quantum phenomena. The team will explore the start-up potential based on the research results. Five co-researchers, an external partner and an advisory board will guide the work. The project received a prize of $629,692 over two years under the Grand Challenges initiative.

Catalyst projects were selected based on feedback provided through a rigorous external review process coordinated by the Implementation Group, a research development firm specializing in competitive proposal development and research science. ‘crew.

Ten additional proposals received planning grants as part of the competition. The awards support teams that develop project ideas around one or more themes. The Planning Grants are designed as a springboard for ambitious projects that should compete for future Catalyst Awards.

The planning grants were selected through an internal review process. The examination committees were made up of volunteers who included current professors, professors emeritus, and additional staff.

More than 180 members of the university community are involved in the funded projects, and all nine colleges participate in at least one project.

“I am proud that the entries selected for this year’s Grand Challenges competition reflect the spirit and priorities of our institution,” said Wilhelm. “Our professors have risen to the challenge of thinking boldly, reaching beyond their disciplines and finding new ways to carry out their work. The whole process was invigorating. I look forward to seeing the many ways this initiative enables the work of our university to have a greater impact on our community, our state, and the world.

“Congratulations to everyone who participated in the first cycle of our Grand Challenges process. Soon we will begin the second cycle of this program with more projects funded in 2023, and even more in 2024 and 2025.”

The Chancellor’s Office and the Office of Research and Economic Development have committed up to $40 million over four years to invest in the Grand Challenges initiative. The project is part of the university N2025 aims to increase the impact of research and creative activity and foster interdisciplinary endeavours.

A Request for Proposals for the 2023 Grand Challenges grant cycle will be released by October 3. The Office of Research and Economic Development will also host a series of events to help faculty prepare for the upcoming Catalyst Prize competition. Details will be announced on the Grand Challenges website.