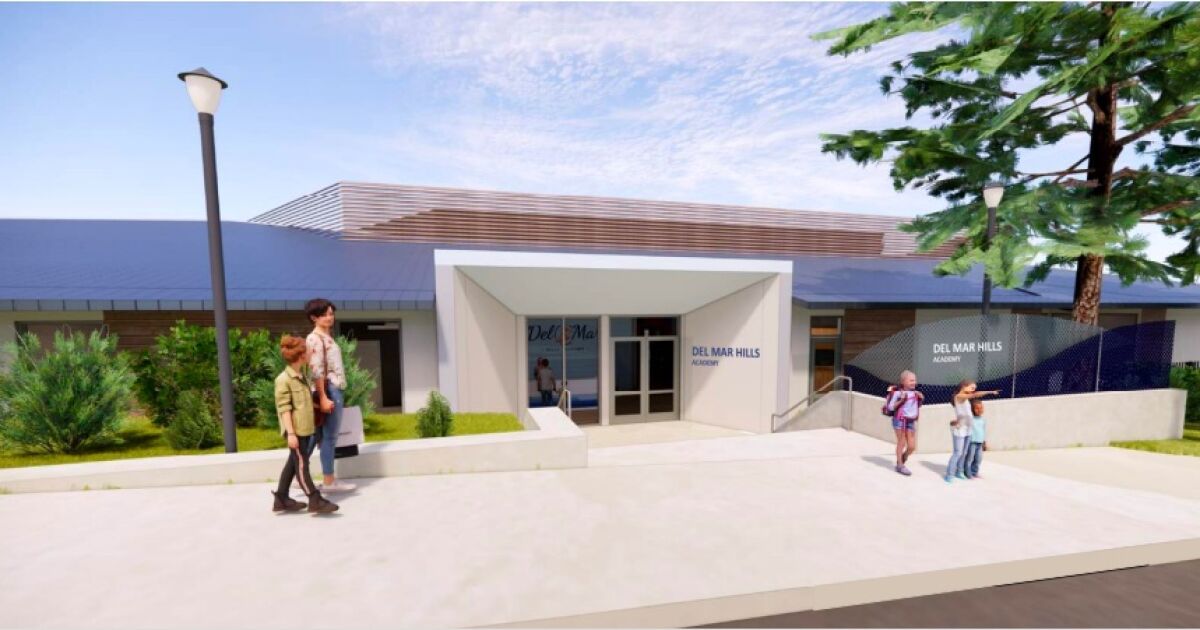 The design process continues to move forward on the Del Mar Hills Academy modernization project. The project was delayed and 9.5% over budget due to the need for a seismic retrofit – a past schedule called for construction to begin this summer, but construction is not expected to begin until possibly late 2023.

Del Mar Hills refresh plans include removing laptops, improving fields, creating outdoor learning spaces, finally providing the school with a lunch shelter, opening of the innovation center and the rehabilitation of the main entrance to create a new “front door” for the school. Other developments aim to improve indoor circulation on campus and to bring daylight into the classrooms.

Now the oldest campus in the Del Mar Union School District, Del Mar Hills was built in two pieces in the 1970s, the first phase in 1972 and the second phase in 1978. It underwent a modernization in 2001, and the multipurpose hall was was built in 2002. At the last community outreach meeting on October 25, Steve Kendrick, principal architect at Lionakis, said that working on a nearly 50-year-old school is like peeling layers of onions and with each layer they found something.

The architects did quite a bit of investigation due to the need for structural rehabilitation, examining nearly 1,500 pages of documents from the 1970s. They worked with the Department of State Architects (DSA) to assess what exists , which needs to be tested, replaced and upgraded, and this work takes a long time.

Some “nice to do” items such as grounds, playground and hard court upgrades, amphitheater upgrades and solar panels add an additional $6.1 million, so the architects are working with the district on how to get the most out of the project with the money they have.

DMUSD Assistant Superintendent of Business Services Chris Delehanty said improvements to the structure of the pitch and the game remain a high priority. The district did half the land last summer, using a different source of funding. He said the district will continue to seek to tap into non-Measure MM funds to complete “nice to do” items as well as work with builder Erickson Hall Construction on potential project phasing.

In 2018, the district had proposed closing the hills and combining the two schools in Del Mar, however, this plan was rejected by the community and was not approved. As a result, the District continued the $186 million Prop MM general obligation bond to fund the District’s facility needs that were passed in November. Rumors and fears of the Hills closing persist for some members of the Del Mar community.

The next steps for council would be to review and approve design plans for the project to move into the construction document phase, hoping to receive DSA approval by summer 2023.