Cynthia M. Goodell
Outdoor challenges
Comments Off on Defending champion Mihambo faces one of her biggest challenges yet at Munich 2022 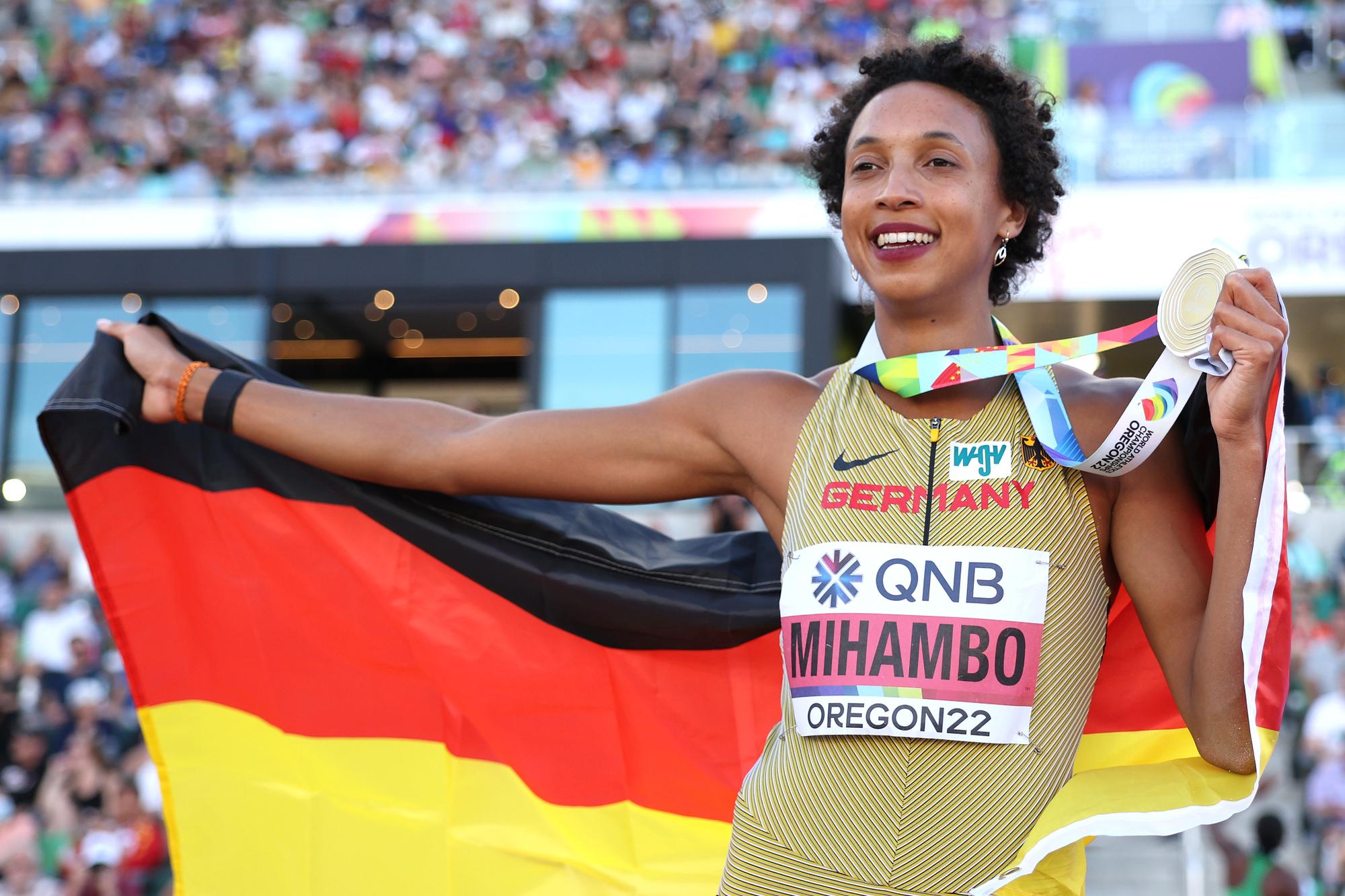 Malaika Mihambo was one of the unexpected gold medalists from Berlin 2018, but the German has rarely faced a worthy challenger in a major event since her decisive win four years ago.

Mihambo was crowned world champion in Doha the following year before finishing the set with a final sixth-round winning jump at the Tokyo 2020 Olympics.

A second gold medal was to follow at the World Championships in Athletics in Oregon, which under normal circumstances would make her the natural favorite to defend her European title at home in Munich from August 15-21.

But her participation is now in jeopardy as she revealed she caught coronavirus after returning from Oregon where she won gold with the season’s best 7.12m.

“I was infected with the coronavirus after the world championships. It was a mild course, but I felt tired and listless and didn’t train for 10 days. Unfortunately the quarantine and symptoms made it impossible optimal preparation for competition.

“I was in great shape and I wanted to show at the European Athletics Championships that I can jump even further this year than in Eugene.

“Despite the forced break and the lack of practice, I will try to get out there and do my best, knowing full well that I probably won’t be able to match Eugene’s level of performance,” Mihambo said in a statement. statement issued by Leichtathletik.de.

As unfortunate as this state of affairs is for the world and Olympic champion, it further opens the window of opportunity for Serbian Ivana Vuleta who will be eager to regain the title she won in Amsterdam in 2016, after an Achilles tendon injury forced her out of competition. final at Berlin 2018 when she led qualifying.

So dominating and brilliant indoors, that injury in Berlin was part of a succession of misfortunes and misadventures for Vuleta in the outdoor championships. More recently, Vuleta finished seventh at Oregon, but the Serbian committed a controversial foul that would have put her in contention for a medal.

But there will be other threats in the form of Sweden’s Khaddi Sagnia, who has reached 6.95m this season, and Ukraine’s highly competitive Maryna Bekh-Romanchuk.

Like fellow Ukrainians like high jumper Yaroslava Mahuchikh, Bekh-Romanchuk has found a way to train and succeed despite the traumatic circumstances currently plaguing her country, clocking a record 6.88m so far this year .

The reigning European indoor champion – a title she won by beating Mihambo in Torun last March – will also seek a medal for her beleaguered country in the triple jump. She clocked a record 14.74m this season and won world indoor silver in Belgrade in one of her first major competitions in her secondary event.

Portugal’s Patricia Mamona will also be aiming for the European triple jump title in Munich six years after winning gold for the first time in Amsterdam.

Winning Olympic silver behind the supernatural Yulimar Rojas at last year’s Olympics, Mamona set the year’s best European mark with 15.01m – her first and only leap over that vaunted barrier. .

But the presence on the field of the Ukrainian Bekh-Romanchuk, competitive and resilient, will make it a challenge.

Bekh-Romanchuk, who trained in Brescia, Italy after being forced to leave Ukraine due to the Russian invasion, is currently Europe’s best in 2022 thanks to the 14.54m she achieved at the Championships of track and field in Oregon. Home hopes will be carried by Neele Eckhardt-Noack, whose 14.48m this year makes her the second highest on the list for the 2022 European season. That mark was also recorded by Finland’s Kriistina Makela, l one of the two strong Finns on the entry list with Senni Salminen.

Can Mahuchikh complete the set of European high jump titles?

Given the conflict that has been raging in her home country since February this year, the achievements of Ukrainian high jumper Yaroslava Mahuchikh – and indeed of so many of her teammates – have been extraordinary.

The 20-year-old had to flee her hometown of Dnipropetrovsk under Russian bombardment in March and made an arduous three-day journey to the Serbian capital of Belgrade to compete in the World Indoor Athletics Championships where she crossed 2.02m for gold.

Last month in Oregon she won a second outdoor world silver medal alongside the Olympic bronze she won in Tokyo last summer.

But this hugely talented athlete, who cleared 2.04m outdoors and 2.06m indoors, is now seeking a first major outdoor title – and she wants it to happen in Munich. If she does, she will have won the European U18, U20, U23 and senior indoor and outdoor titles in just over four years. It will be anything but a foregone conclusion in the Bavarian capital given the presence of talents like the Italian Elena Vallortigara who returned to her best level this season by winning a surprise bronze medal behind Mahuchikh in Oregon.

Mahuchikh’s compatriot, Iryna Gerashchenko, has also cleared 2.00m this season, while Yuliya Levchenko is a regular operator over 2.00m, although surprisingly she failed to qualify in Oregon on last month.

Aikaterini Stefanidi of Greece will seek a third consecutive European title in the pole vault against a field that will unfortunately be missing Olympic and European bronze medalist Holly Bradshaw.

The 30-year-old Briton, who suffered a hamstring injury when her pole broke during the final warm-up at last month’s World Championships in Oregon, had to pull out of the Commonwealth Games in Birmingham after s to be warmed up for the competition, after which she finished her season.

Stefanidi, 32, clocked 4.70m this season, after finishing fifth at the World Championships in Athletics in Oregon, one place behind Slovenia’s Tina Sutej who could most likely claim her first major title at the age of 33 year.

The 33-year-old from Ljubljana, released in Berlin 2018 qualifying, has cleared 4.80m indoors and 4.72m outdoors this season.