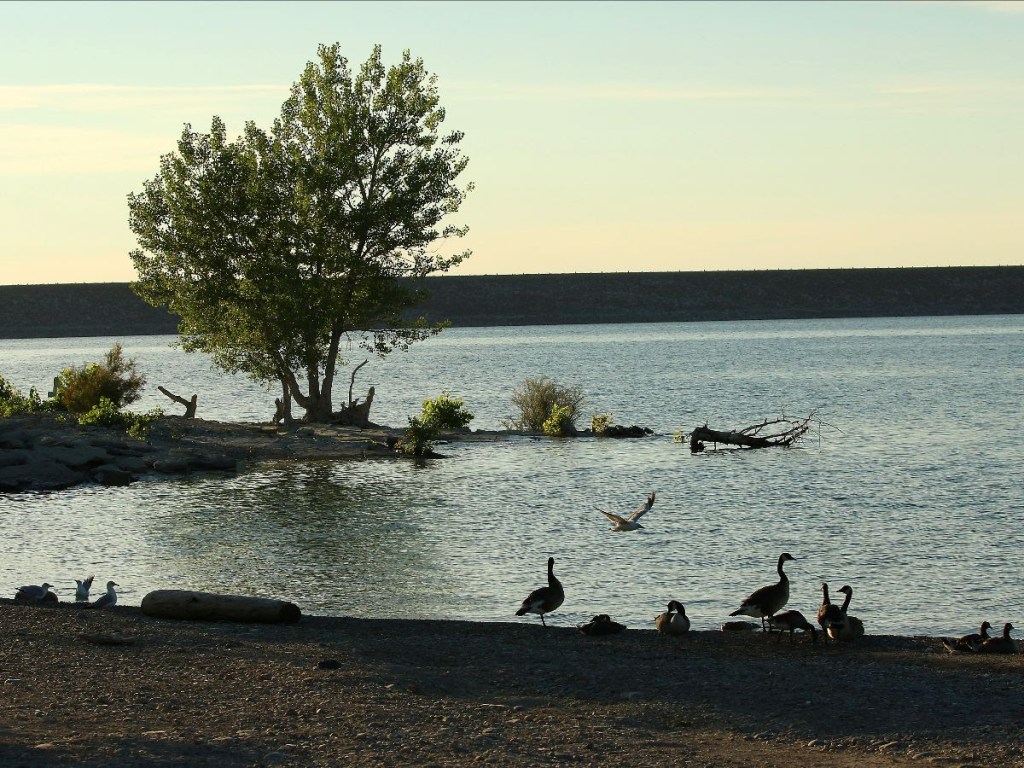 Colorado waterfowl hunters may have to work a little harder to find good hunting opportunities during the 2022-23 seasons. Although parts of Colorado have recently returned to more normal conditions, much of the state and surrounding region remains mired in long-term drought conditions as we enter fall. Waterfowl hunting seasons in Colorado extend from the teal and Canada goose season in September to the light geese conservation season ending in April.

Waterfowl production in Colorado in 2022 was likely variable and ranged from low to average depending on local water and weather conditions. However, most ducks and geese in Colorado during the fall and winter hunting seasons are migrants arriving from northern states and Canada. Each year, the US Fish and Wildlife Service conducts surveys of waterfowl and their habitats in these key breeding areas. These surveys were suspended in 2020 and 2021 due to the COVID-19 pandemic, but the surveys were completed in 2022.

Green-winged teal: Estimated teal abundance was 2.2 million, 32% lower than the 2019 estimate of 3.2 million and similar to the long-term average.

Gadwall: Estimated gadwall abundance was 2.7 million, 18% lower than the 2019 estimate but 30% higher than the long-term average.

Canada goose production in Colorado appeared to be fair to good, and variable habitat conditions in the region likely resulted in average breeding success for Canada geese this winter in Colorado. For arctic-nesting cackling geese and snow and ross geese in Colorado, average and variable spring thaw conditions likely resulted in average production. Populations of Canada geese and Arctic-nesting geese remain at relatively high numbers.

Colorado’s waterfowl environments are varied, ranging from shallow wetlands to large reservoirs. With the ongoing drought, many reservoirs and wetlands are drier than normal as we enter hunting seasons. Early migrating ducks such as teals, gadwalls, shovelers and wigeons typically pass through Colorado in October and November en route to wintering areas further south, but with dry conditions these species can migrate quickly and spend relatively little time in Colorado. For later migrants, especially mallards and Canada geese, the best hunting is usually available when a winter cold front pushes the birds south from southern Canada, the Dakotas, Montana, and Wyoming.

As always, we suggest hunters get to recon areas ahead of time for a successful season. Local conditions and the timing of migration are constantly changing. Take a look around the areas where you want to hunt and check the local conditions. Even if you always hunt in the same area, the water, habitat, and bird use patterns can change every year. Scouting can help you plan your hunt and you can find new areas.

During the winter of 2021-2022, waterfowl and other wild birds were infected on a large scale with new strains of highly pathogenic avian influenza (HPAI). We expect infected waterfowl to be present in Colorado during the 2022-2023 waterfowl seasons.

• Do not handle or eat diseased game.

• Dress in the field and prepare game outdoors or in a well-ventilated area.

• When you have finished handling the game, wash your hands thoroughly with soap or disinfectant and clean the knives, equipment and surfaces that have been in contact with the game.

• Do not eat, drink or smoke when handling animals.

• All game must be well cooked to an internal temperature of 165 F before being eaten.

Colorado Outdoors Online, in conjunction with Ducks Unlimited, offers a waterfowl resource guide to help hunters get the most out of their time in the field.

For most waterfowl hunters, finding a hunting spot is often more difficult than the hunt itself. Fortunately, Colorado offers a variety of hunting opportunities on public lands. Here is some information and advice on hunting waterfowl on public property.