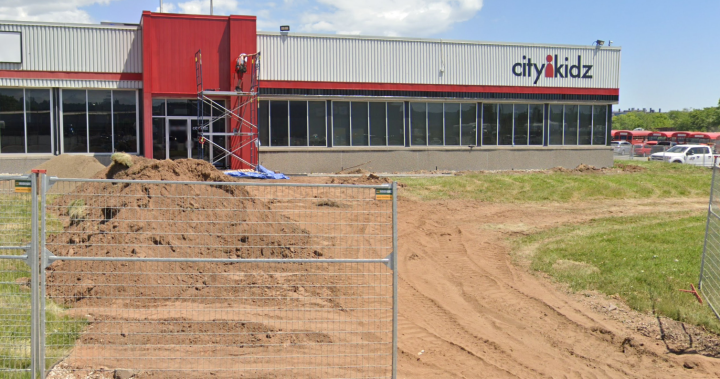 The organization that has provided programs for Hamilton children living in low-income settings for 30 years is just days away from unveiling a new outdoor space downtown.

The first phase of a major three to five year revitalization project at CityKidz on Burlington Street East will now provide non-profit outdoor spaces for young people to play and participate in programs outside.

Associate executive director Laura Carmichael said the entity had considered offering some programs outdoors for years on its 1.5 to two acre space.

“It’s buzzing in there!” : Doug Ford accidentally swallows a bee during a press conference

She says the onset of the COVID pandemic in 2020 accelerated that plan. The first phase of development will be unveiled on Tuesday, August 16.

“So in phase one, we’ve created a space in our front area that’s going to be…a fenced-in space with a wide lawn that the kids can safely be in,” Carmichael said.

“Where we can have lots of opportunities to do small group games or do large group games with the kids moving forward into future phases.”

To date, CityKidz helps nearly 1,200 children from over 600 families in Hamilton from age three to approximately age 17.

0:36
“It’s buzzing in there!” : Doug Ford accidentally swallows a bee

The outlet usually provides stability and support to realize their dream of breaking the cycle of poverty, one child at a time.

Carmichael says the “biggest” challenge the pandemic has posed to the organization is recruiting volunteers, whose numbers have plummeted largely due to provincial restrictions on gatherings.

She says the decline within the organization has been about 50%.

“We’ve had a lot of times when we didn’t have volunteers, of course, but as we rebuild our programs, we have a huge need for volunteers,” Carmichael said.

“We are grateful for the incredible team we have, but if anyone would like to join our team, we would be welcome.”