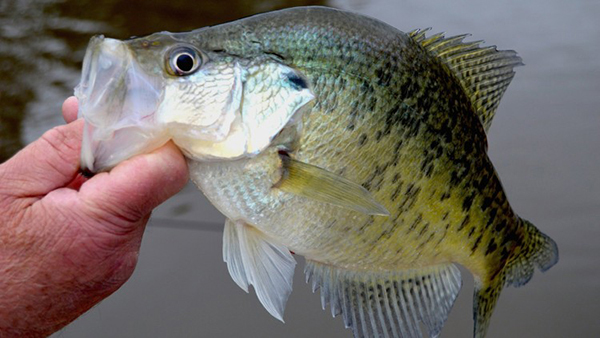 The central issue is overpopulation.

“The key to having and maintaining quality crappie populations in small lakes is controlling the number of crappie in the population,” said David Baker, a fisheries biologist in the Central District of the Kentucky Department of Fish and Wildlife Resources ( KDFWR). “When crappie numbers are too high, crappie body condition is poor, average growth rates are slow, and most fish will be less than eight inches.”

There are several ways to solve this problem.

Controlling crappie numbers is possible with a high predator population and aggressive harvesting regulations. Also, reducing crappie populations by electrofishing can be effective, but this method is difficult, time-consuming and expensive.

“We have electrofished white crappie at Lake Boltz and stocked predatory fish (largemouth bass, sageye and blue catfish) for several years and have seen improvements (in the condition of the crappie)” , Baker said. “Now our sampling has a decent number of fish down to 10 inches instead of everything being stuck at six to seven inches.”

Saugeye has been shown to be particularly useful in reducing crappie numbers.

A Saugeye is a cross between a female walleye and a male Sauger, an example of interspecific hybridization, the crossing of two different species.

Saugeye, like Walleye and Sauger, are piscivorous, feeding on fish, primarily shad, minnow and other minnows, but once a Saugeye reaches fifteen inches in length it will begin feeding as well. small crappie.

Baker said black crappie is the favorite species in small lakes. “Black crappie doesn’t have the same tendency to crowd as white crappie,” he said. 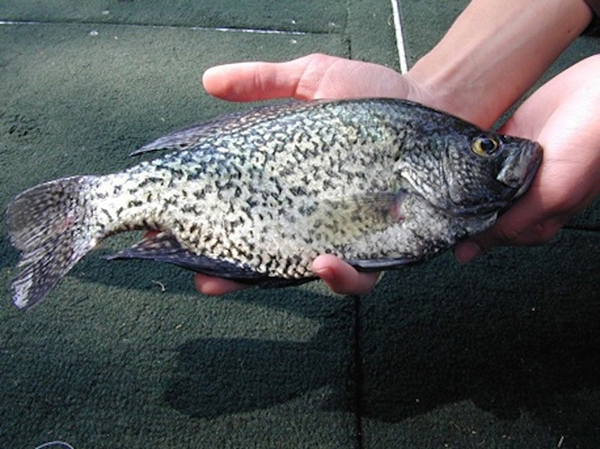 Black crappie is ideal for small lakes because it is not as prone to overcrowding. (Photo by Art Lander)

If targeting black crappie, anglers should be sure to fish around beds of aquatic vegetation.

The presence of gizzard shad can be detrimental to the maintenance of quality crappie populations in small lakes.

“The reason for this is that predatory fish will prefer Gizzard Shad as their main forage and won’t put enough pressure on small crappie to control their numbers,” Baker said.

This leads to overcrowding and stunting of fish.

“Lake Elmer Davis is a good example where we have a quality black crappie fishery and there’s no shad in the lake,” Baker said. “Black crappie has a good spawn every few years, and there is a high population of largemouth bass. Black Crappie does well with regularly caught fish up to 11 inches long.

Art Lander Jr. is outdoor editor for the Northern Kentucky Tribune. He is a native Kentuckian, a graduate of Western Kentucky University, and a hunter, fisherman, gardener, and nature enthusiast. He has worked as a newspaper columnist, magazine reporter, and author and is a former editor of Kentucky Afield Magazine, editor of the annual Kentucky Hunting & Trapping Guide and Kentucky Spring Hunting Guide, and co-editor of the Kentucky Newspaper Column. Afield Outdoors.

This 158-acre lake in Anderson County has a small population of white crappie and black crappie, but the majority of fish are between eight and ten inches, with larger crappie possible.

Fisheries on the lake include Channel and flathead catfish, and red sunfish, with largemouth bass up to 20 inches present.

There is a boat launch, with no launch fee. This is idle on boats over 10 horsepower. Possession or use of live shad as bait is prohibited.

This 88-acre lake in Henry County has good numbers of eight- to ten-inch crappie, with larger fish possible.

There is a boat launch, with no launch fee. This is the idle speed only for all boats with gasoline engines.

The lake’s fisheries include river catfish, with trophy-sized fish, red sunfish, and largemouth bass up to 20 inches possible.

There is a fishing pier and haul areas for kayaks and other small boats.

This 92 acre lake located in Grant County is home to a large population of white crappie and black crappie. The majority of crappie are between eight and ten inches, with larger fish possible.

There is a boat launch, with no launch fee. There is access to the bank at the dam, next to the boat launch. Possession or use of live shad as bait is prohibited. 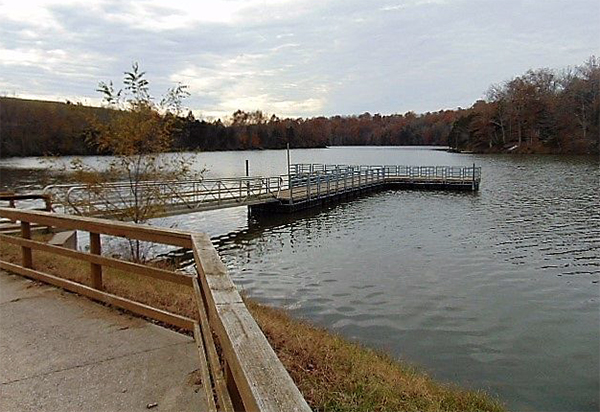 This 136-acre lake in Owen County is home to both white crappie and black crappie, with most crappie being between eight and ten inches, with larger fish possible. There was a good crappie spawning in 2020.

There are two boat ramps, with no launch fee, and a fishing pier. There is access to the bank at the dam, next to the boat launch.

Jug and limb lines are prohibited. Possession or use of live shad as bait is prohibited.

This 317-acre lake in Shelby County is home to both white crappie and black crappie, with most crappie between seven and ten inches, and larger fish possible. 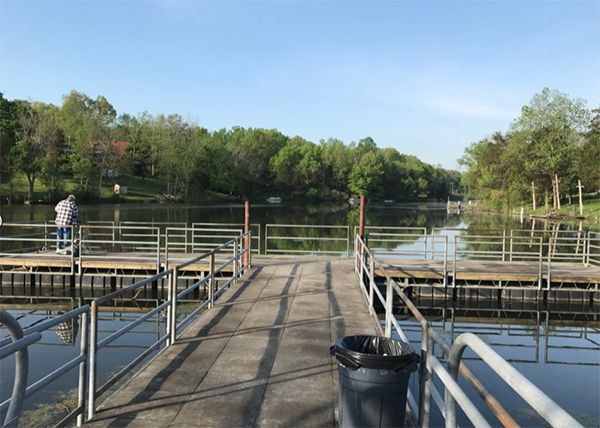 The quality and diversity of the lake’s fisheries include three species of catfish, with the potential for trophy-sized flathead catfish, Largemouth Bass, with eight-pound fish present, Saugeye, with fish up to 25 inches possible, and two species of temperate bass (Hybrid Striped bass and yellow bass).

There is a boat launch at the marina. The initiation fee is $6. There is a five-acre bank access area, off Ky. 1779 (Benson Pike) at the bridge over the lake.

Small lakes are suitable for anglers

These state-owned lakes offer good fishing and are angler-friendly, with fish attractors, boat launches for towed boats, and shoreline access and/or fishing docks, for fishermen who do not own boats. There are also transportation options for anglers who fish from kayaks and other small boats or floats.

Search the KDFWR website for details on other small lakes across Kentucky.

In small lakes, water temperatures are warming faster than in large reservoirs, and fish populations have been managed more intensively than ever before, providing good opportunities for anglers of all skill levels and experiences.